I am --as a Five-- a natural fan of typologies. They map the soul. I like maps.

The emeritus and the present popes seem to be typological opposites.

Benedict was a contemplative introvert, an intellectual and an aesthete. His religion was about truth and beauty. As an introverted thinking type, his personality tended to look for places to hide in plain sight: inside books and encyclicals and lectures, and inside ancient ritual forms and structures. He related to people, both as individuals and crowds, by inviting them into these structures, both intellectual and aesthetic, where he was the host rather than the star. In charge, but personally muted.

Francis is an activist extravert, a devotionalist and a moralist. His religion is about love and good works. As an extraverted feeling type, his personality tends to look for places to assert itself in imaginative romances with both otherworldly and thisworldly beings and in spontaneous but morally oriented interactions with crowds and groups. In his interactions, he is always front and center as an ego, even when --or especially when-- enacting gestures of humility. By his "humble" dramatics he becomes the star of his show. 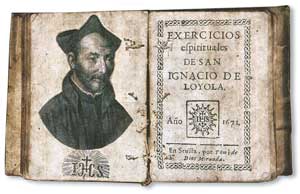 Bergoglio is a Jesuit. I openly confess to not "getting" the appeal of the Jesuit religion. It is rooted in an individual technology of imaginative devotion and transformative and voluntarist decision based on the manual of Spiritual Exercises created by the founder, a Spanish Counter-Reformation ex-soldier. As much as I know of it, I find it both suffocating and boring.

Ratzinger, though a diocesan priest, has a more Benedictine monastic style, as his choice of name indicated. Here it is the rhythm of the liturgy, the daily and ancient structure of images, gestures and ideas which shapes a man, slowly and over time, but within a fixed community that is withdrawn from the outside world.

Both styles create ironies and paradoxes. The interiority and military submission to the ideals of the Jesuit corps has created many very strong individual personalities. The withdrawal and communal submission to rule and ritual and work created centers of civilization around communities where hardly anyone stood out but the abbot, but around which towns and cities grew up.