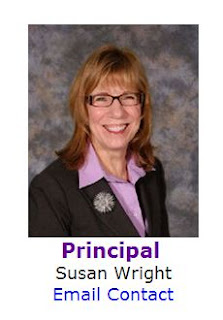 All is revealed in the picture

“These are toys that were commonplace in the past,” Wright said. “However, some parents prohibit all guns as toys*. In light of that difference, the school offered to replace the soldiers with another item and the soldiers were returned home with the student.

“Living in a democratic society entails respect for opposing opinions,” the principal also said. “In the climate of recent events in schools we walk a delicate balance in teaching non-violence in our buildings and trying to ensure a safe, peaceful atmosphere.”


The cooing voice of the commissar.

*So all must comply. PS, and you know this is all White People craziness, from beginning to end. Continuing our run as The Most Foolish People On The Planet. I sent the bitch an email, hoping that she would ban all the ikky gun things, like the American Revolution, from the syllabus. Cupcakes are only a first step.