As much as I respect and admire the Christian religion, especially its ancient and larger Apostolic branches of Catholicism and Orthodoxy, there are times when spokesmen for this faith just blab drivel, entirely forgetting that they are fallen men speaking to fallen man in a fallen world. This is especially so in the last half-century, when the Second Vatican Council took place at precisely the same time as the eruption of The Sixties and both got married together, producing what one old priest called The Church Effervescent.

I suspect that some day all the utopian pieties and sentimental overreaches of this Council and its followup will seem as too-strange-to-take-seriously as the pronouncements of late medieval Pope Boniface VIII: We declare, say, define, and pronounce that it is absolutely necessary for the salvation of every human creature to be subject to the Roman Pontiff.

Pope Francis, laying out his program of confronting poverty, both spiritual and material, includes this kind of universal niceness drivel:


My wish is that the dialogue between us should help to build bridges connecting all people, in such a way that everyone can see in the other not an enemy, not a rival, but a brother or sister to be welcomed and embraced!

And the new Archbishop of Canterbury, in his recent enthronement ceremony --which included some appallingly embarrassing African dancers and all sorts of multiculti and feminist PC antics-- 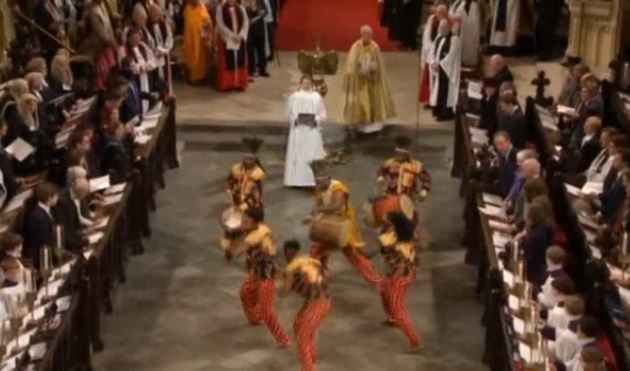 
There is every possible reason for optimism about the future of Christian faith in our world and in this country...We are called to step out of the comfort of our own traditions and places, and go into the waves, reaching for the hand of Christ. Let us provoke each other to heed the call of Christ, to be clear in our declaration of Christ, committed in prayer to Christ, and we will see a world transformed.

Every possible reason for optimism about Christianity in utterly post and often vehemently anti-Christian Britain, plus, if they are good Christians, we will see a world transformed.

What planet do these guys live on? The stuff smells of the utopian hubris that drives the Liberal West, as if all of previous human history (to say nothing of a little reflection on our own flawed souls and our daily interactions with other homines sapientes) were just a bit of bother and if only we were all nicer to one another, the Millennium would be just around the corner.