When the Pope proclaims an infallible religious truth, he does it ex cathedra. In Latin, ex cathedra means "from the chair". 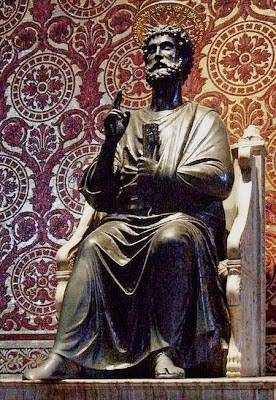 St Peter on his cathedra, in the Vatican Basilica,
13th c. bronze by Arnolfo di Cambio. 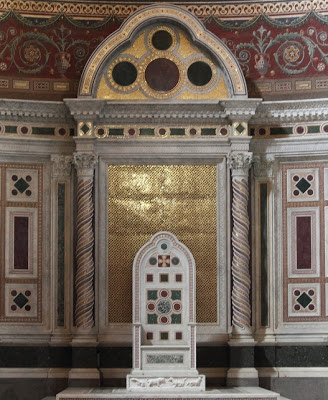 Cathedra of the Bishop of Rome,
in his cathedral church, St John Lateran.


Professors who hold "chairs" in universities participate in the same image, although with a far higher margin for error.

Although I am definitely not the Bishop of Rome, this blog is my cathedra. 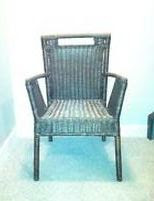 Cathedra of Ex Cathedra
in my living/dining room

Here I tell my infallible truth about sex, politics and religion, the really interesting stuff you aren't supposed to talk about in polite company.

And of late, about that most fraught and deeply taboo of all subjects: race. For almost all of my life, I accepted The Standard Narrative, that Black failure was the result of White racism. I no longer believe a word of it.

Blacks endlessly whine about The Man keeping them down. In reality, The Man is the only thing holding them up and keeping them from drowning in their own dysfunction. I basically agree with this unspeakably transgressive traditionalist:


The sacralization of blacks in our culture is both the opposite of what blacks deserve, and the principal expression of white Americans’ will to national and racial suicide.

My latest ruminations about our The Diversity Which Is (Not) Our Strength are best illustrated here.

Sex: on the left, a homoerotic interpretation of Jacob wrestling with the angel (Genesis 32). Although I take an increasingly dim view of gay culture (see below), there's no denying that the shape of my libido has played a huge role in my life and identity.

Politics: in the middle, a section of Jon McNaughton's painting, Forgotten Man. Obama steps on the Constitution while most (but not all) of his presidential predecessors look on with shock. The forgotten man on the bench is a White man. Though Mr McNaughton denies it, it's no accident. Obama is the Odoacer of our day. Ex Cathedra loathes him, all his works, and everything he represents.

Religion: on the right, a clash between Crusaders and Muslims. Or maybe Charles Martel's forces resisting the first Muslim imperialist and colonialist invasion of Europe, as the "Religion of Peace" surged through the West, bloody sword in hand. The jihad continues to this day. And by the Prophet's command, can never cease.


I'm USMaleSF, a rare breed: a(n increasingly)* right-leaning, man-loving man living in the Castro, People's Republik of San Francisco, Mexifornia. Homogeneous, exclusive, insensitive: that's me. Why do I stay here? After more than two decades, the weather and the geography still make me sit up and take thankful notice: temperate and beautiful. And I have grown rather fond of a few folks who live here. 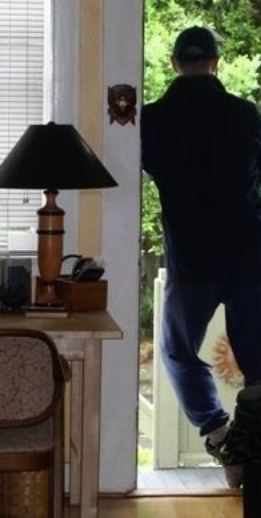 Me, pensively observing the back yard and
paradoxically, leaning to the left.

OBTW, since liberals think that they are smart and conservatives are dumb, I have five, count'em, five university degrees (including a doctorate and one from an Ivy League school) and an IQ that puts me in the top 2%. Wrong I might be; stupid I am not.

Some unkind readers have called me names. "Bigot", "low-road", "ignorant," "appalling", "obsessive and cranky," "shallow." Bullies! Have they no concern for my self-esteem?

The "progressive" seven-spoked wheel of multiculturalism, feminism, wealth redistributionism, pacifism, transnationalism, secularism and environmentalism --a recipe for Western suicide-- provokes my distinct resistance, even as it seems to be flooding everything, turning the most powerful culture the world has ever seen into The Camp of the Saints.

So that makes me:
In politics, an American conservative rapidly turning-into a post-American reactionary.*
In sex, a man-loving man.
In religion, a non-practicing Catholic who appreciates much of classical Catholicism...and its ancient internal nemesis, Gnosticism...and opposes Islam, its ancient external nemesis.

Even though exit polls show that about 25% of self-identified gay and lesbian voters chose the Republican candidate in the last couple of presidential elections, damn few of them live here.

So I do a lot of thinking for, and by, myself.

Every day gives me a new reason to loathe brutha Barack and everything he and his kind represent.

And I do my ranting here so I don't lose all my friends.


*Since the Obama regime --and especially since the country repeated its 2008 gruesome mistake in Nov 2012-- my assessments have become more pessimistic and my conservatism more traditional and now more consciously reactionary. I usually wind up voting for Republicans, not because I am thrilled with them --far from it; they are largely unreliable dickless pussies-- but because the alternative Democrats are so much, so much worse. In the last months I have come to suspect that the dissolution of the Republic in this century is pretty much inevitable.
____________________________
PS. My explanation of how and why I went from being a liberal to a conservative is here: