If Ex Cathedra finds the Seven Spokes in the Wheel of Liberalism, shall we say, unacceptable, what, in his Alternative Republic, would he put in their place?

Right now in the Empire of Lies, we are encouraged and/or required to embrace multiculturalism, feminism, redistributionism (the big three issues of race, gender and class), along with pacifism, transnationalism, secularism and environmentalism.

What would a non-multicultural, non-feminist, non-redistributionist, non-pacifist, non-globalist, non-secularist and non-environmentalist post-American country look like? (Obviously, there'd be more than one. Lots of folks obviously want to live in a Liberal nation, the more progressive the better. They'd have their own turf.) 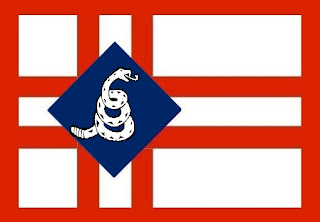 Let's start from the end, with just a few strokes.

We now have a no-risk environmentalist mentality. If an activity presents any risk for the rest of the natural world --I say "the rest" because we are part of the natural world, btw-- we are forbidden to do it. In a non-environmentalist AR, resources would be conserved...for the sake of the people, not as a form of sacrifice to a Goddess we have violated. There being risk involved would not be enough to prevent using a resource that would benefit us.

Non-secularist? The AR would have no State religion, but it would recognize that its people's religious traditions --its culture--exist prior to it and that it is not the State's job  to confine religious expression to the internal and private sphere. If minorities were made uncomfortable by that, too bad. The law should protect minorities from harm, not discomfort. No more making majorities dance to their victimist tune. Islam, an expansionist theocracy, would, of course, be most unwelcome.

Non-globalist? The point of having a nation is for the sake of the nation. Borders, you can bet, would be damn secure. (The blood red borders of the flag are not accidental.) Citizenship would be local and definite, not "global." Sovereignty would not be weakened. Even patriotism would be fostered. Immigration would be shaped to serve the nation's self interest, nothing else. The only "immigrant rights" a foreign invader would have would be 48-hours to show his papers; lacking that, immediate deportation. This nation would not be abstractly creedal, but rooted in soil and blood. In short, a normal country, serving a particular people who are genetically and culturally connected, not a rootless "creedal" nation.

Non-pacifist. Anyone who thinks that the State is not founded on violence is either a moron or a liar. The use of force is as necessary to human life as breathing or eating. So there'd be no fake apologies for it when necessary. The warrior virtues would be honored. There'd be hunting, corporal and capital punishment. The 2nd Amendment would be greatly expanded. Since the Alternative Republic would be monocultural, like Switzerland, it could have an armed populace, like Switzerland, without fear of out-of-control violence. All males would serve in the military as a condition for voting or being elected to office or having a government job.

Non-distributionist. There would actually be private property and the point of fiscal policy would be to create wealth for the nation's people. Tax law would be simple.

Non-feminist. Men and women would not be considered interchangeable. No law would require that they be so considered. (In fact, there would be hardly any anti-discrimination laws of any kind. Freely chosen association would dominate.) Marriage would be reconstructed for the sake of family stability, with divorce hard to get. Abortion would be restricted and abortionists severely punished. Women would not serve in the military except in an auxiliary capacity.

Non-multicultural. There would only be as much racial diversity as the cohesiveness of the nation could safely manage. Given the role of racial tension and the ideology of diversity as the prime destructor of the Old Republic, that would not be much. It would be dominated, by law, by the descendants of European Christendom. The lingo would be English. Since the political philosophy of the Alternative Republic would not be attractive to kinds of people who love the Nanny-Welfare-Managerial-Therapeutic Progressive model, most of this would be self-selection. It would turn into a new post-American ethnic group.

This is a horrifying idea to most of my contemporaries, as it once was to me. But why do we recognize that if a man and woman come to hate each other and make each other miserable all the time, it is far kinder they should separate and divorce because of their "irreconcilable differences", when the far greater and deeper and hugely more destructive "irreconcilable differences" between racial and ethnic groups is only supposed to make us try harder to live together in the same national house?

Now that I have sketched out the future on my keyboard, it's time for coffee.

Agree with all ideas, but the question of compulsory military service raises concerns about physical limitations- what about people, like myself, who would be a sitting duck if his contacts fell out? A clerical position? I would be ashamed if my eyesight disqualified me from serving alongside my fellow men.

These are broad strokes. And fantasies. I think you're safe from having to face that question for a while, Sean! :)