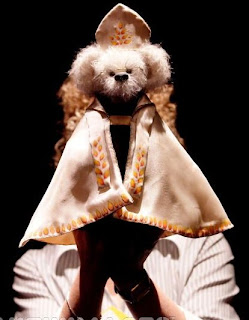 To "pontificate" is express oneself in a pompous, and usually pointless, manner. It comes from the word "pontifex", which is a Latin word for..."bishop".

Rowan Williams, current dhimmi-ish tenant of the Archbishopric of Canterbury of the hapless Anglican Communion, exemplifies.

Why don't priests stick to what they are supposed to know about and shut up about the rest?
at 8:16 AM 1 comments 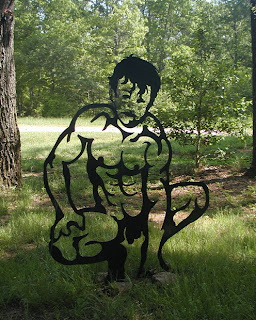 Because I am a lazy man, here's a link to last year. My geographical location is different, but my attitude remains.
at 4:31 PM 0 comments

The Constitution is Not Scripture

As someone who has actually read the document and who favors an originalist reading of it, it may sound strange to title this post as I have. Folks who have seen through the "living document" argument are often quite fanatical in their devotion to the text of our country's basic law.

What provoked my thought is a line from National Review today, an editorial about Mitt Romney's Mormonism. (I am more interested in why anyone would name a child Mitt than I am in his religion!). The NR editors wrote: "It is tempting to say that citizens should never consider a candidate’s religion when voting".

If Johnny Jones is a Scientologist, the state may not raise the issue of his religion. He can run for office like anyone else, and if elected, hold office. But the people are the ones who theoretically hold the power and we can consider any damn thing we like, no matter whether the Constitution protects it or not. The document is there largely to limit the government precisely so that that people can make up their own minds....as they choose. So if Americans decide it is a bad idea for Johnny Jones to be elected, because Scientology is a nuthouse cult, they have every right and indeed the duty to do so.

And if Americans decide, for whatever reason, that it's bad to have a woman President, that's not a thought crime...yet...it's a free decision.

Again, the Constitution limits the power of the state, not the minds or values of the people. It's not revelation. 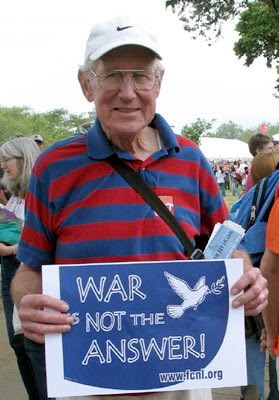 Worth reading: 12 myths about war, and the Belmont Club's response, especially the final paragraph.


As I noted the other day, the combination of moral highmindedness and self-loathing that Western liberals exhibit is quite striking.
at 2:08 PM 0 comments 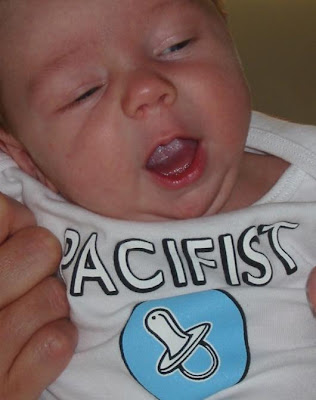 Last week I had a brief chat with two friends about gun control. Though both basically liberal, they are far more nuanced than most and think things through. One even owns guns and the other has handled them. And they put up with me.

I am against gun control for the general reason that it enlarges yet again the government's regulation of our lives, a poison that continues unabated. But there is a larger intuition behind my position. I resist gun control for the same basic reason that I favor capital punishment, the military, and corporal punishment: they all keep us in touch with the native aggression that we need to survive.

Boomer liberalism is pacifist, or virtually so. Pacifism is one of the Seven Pillars of Liberalism. In places where it is the cultural and legal ascendancy, like Britain, for example, ordinary citizens are taught over and over never to engage in physical violence. Even when their houses are being invaded. And if they do resist, it is they who are punished. People who become so estranged from the very idea of self-defense become the pawns of state power. And eventually will become the serfs or worse of any normal human civilization that understands violence as a necessary and even honorable part of life. They cannot distinguish between smacking a bratty child on the butt and murdering a clerk during a robbery. It's all "violence" and it's all "bad".

If the Boomer liberals have their way, one day Western men will not even be able to imagine defending themselves. And on this planet, that is a recipe for conquest, subjugation and extermination.
at 10:12 AM 0 comments 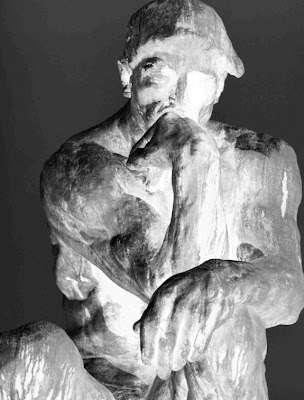 An excerpt from Brian C. Anderson's Democratic Capitalism and Its Discontents, reflecting on the West in the aftermath of the 20th century and its conjointly murderous ideologies: National Socialism and Communism. A telling reading of our plight as self-doubting, self-hating egalitarians, in conversation with French historian Jean Furet.
(Emphases mine).

“Yet, however intoxicating communism's blend of revolutionary will and pseudoscience, it inebriated as many as it did because it both grew out of and exploited two fundamental political weaknesses of the bourgeois regime.

The first weakness: liberal democracy had set loose an egalitarian spirit that it could never fully tame. The notion of the universal equality of man, which liberal democracy claims as its foundation, easily becomes subject to egalitarian overbidding. Equality constantly finds itself undermined by the freedoms that the liberal order secures. The liberty to pursue wealth, to seek to better one's condition, to create, to strive for power or achievement-all these freedoms unceasingly generate inequality, since not all people are equally gifted, equally nurtured, equally hardworking, equally lucky. Equality works in democratic capitalist societies like an imaginary horizon, forever retreating as one approaches it. Communism professed to fulfill the democratic promise of equality. Real liberty could only be the achievement of a more equal world-a world, that is, sans bourgeoisie. And if what the communists derisively called the "formal" liberties of expression and political representation had to be sacrificed in order to establish the true freedom of a classless society, well, so be it. Thus was the "egalitarian apocalypse" set in motion, as Furet observes.

The second weakness of liberal democracy is more complex, though its consequences are increasingly evident: liberal democracy's moral indeterminacy. …Furet suggests that as the "self" moves to the center of the bourgeois world, existential questions-what is man? what is the meaning of life?-become difficult to answer….

The two political weaknesses of the bourgeois order have their psychological corollaries: self-doubt and self-hatred. The bourgeois man finds himself unsettled by a guilty conscience and spiritual dissatisfaction. "Self-doubt," Furet writes, "has led to a characteristic of modern democracy probably unique in universal history, the infinite capacity to produce offspring who detest the social and political regime into which they were born - hating the very air they breathe, though they cannot survive without it and have known no other.” 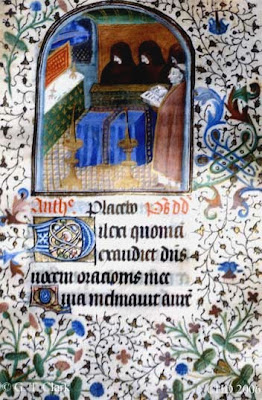