People often use the word liberal --as I did for much of my life-- to indicate an unthreatened and good-willed openness to people different from themselves, a desire for peace and equality and cooperation and for caring about "those less fortunate." In short, making the world a better place.


The liberalism that I mention here, with its synonym adjective progressive, is an ideology, that is, a simplistic reduction of all situations, conflicts and problems to a question of equality, its singular and overriding value.


Liberalism is an egalitarian narrative
of revenge-by-replacement,
a Manichean melodrama of victimization and oppression.

As a political program, Liberalism seeks:

The expansion of the State's coercive power of regulation and taxation,
and the use of various forms of socio-cultural control
-news media, entertainment, education, language--

in order to increase the status, power and wealth
of specially designated subaltern groups,
to be named as victims,

at the expense of
and
to the detriment of

the status, power and wealth
of specially designated traditionally successful groups,
to be named as oppressors.

James Burnham shows that liberals are always morally disarmed in the presence of any group they deem to be less well-off than themselves. This situation always creates a moral panic in them.

The real goal, while preached as equality and non-discrimination, is actually to replace one system of dominance with another. Liberalism is therefore revolutionary, but by increments in State power and cultural change. It also bears most of the marks of a crypto-religious faith.

All Liberal programs and agendas eventually require more State regulation and more taxation. It is their answer to everything. Even where the first step appears to be a removal of barriers or disliked laws, the second step is always a forest of supporting laws and regulations designed to protect whatever has just been "liberated." Liberals speak the language of individual freedom, but always wind up serving the expansion of the maternalist State.

While supposedly appealing to the better angels of our nature, the religion of Liberalism actually hates human nature and creates situations where failure is inevitable, and then blames the victims. It enlists the coercive power of the State and of all the means of elite social control into a war on human nature.

Contemporary Liberalism is a form of zero-sum Gramscian cultural Marxism in that it aims for an expansionist dictatorship of seven interlocking "proletariats" consisting of racial, gender, economic, and ideological groups which will completely replace any traditionally successful or powerful (but always non-Liberal) groups.

The victim groups, because they are considered to be victims lacking power, have unlimited moral capital and can claim virtually unlimited "rights"; the successful groups, because they are considered to hold power by means of oppression, have no moral capital at all. Liberalism thus provides no contest or defense against the desires of victims (coded as "needs" or "rights" or "debts"), whatever they may be.

The internal logic of Liberalism requires the deeply un-democratic outcome of rule by victim minorities. The political agenda is driven by victim groups, so their needs are foremost and their power becomes hugely disproportionate.

Gays only 2% of Americans and yet the institution of marriage has to be radically refashioned for them...actually for the tiny minority of this tiny minority who will seek to get "married." And transgenders, the latest victims du jour are .003% of the population.

Blacks are only 12% of America and yet they are the focus of endless obsession. In any conflict between Blacks and Whites, Blacks are always the morally righteous victims and the Whites the morally bankrupt oppressors. For example, the strong Leftist belief that Blacks can't be "racist", only Whites can. Whites must always accommodate what Blacks want. The Seven Pillars
or Seven-Spoked Wheel of Liberalism 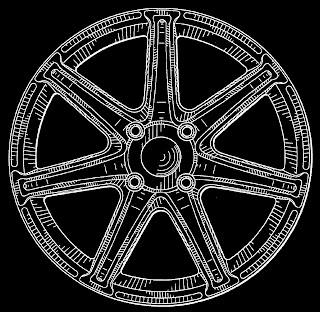 The unprecedented bile directed against George W Bush can be explained by the fact that he embodied everything that this seven-fold ideology loathes. 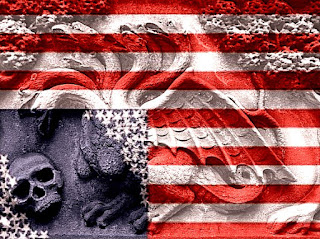 
These seven interlocking ideologies mutually support and drive each other.


*By Official Oppressor Groups. While deaths from Black gun violence evokes sadness in liberals, deaths from White gun violence provokes anger and drives for legislative suppression of gun ownership. Rather than attacking Black gangs --where the great majority of gun homicide comes from--, it targets the White NRA. Various subset ideologies and victim groups exist, of course, but I think they can usually be subsumed under one or more of these seven, the first three of which are the classics:


LGBTism is a subset which combines feminist themes, along with a hefty dose of secularism. It has morped from a group sharing a common same-sex eros to a feminist-driven attack on the binary sexual structure of humanity, it's basic male-female shape.  The Animal Rights people are environmentalists: non-human nature comes first. ProPalestinian Israel-hatred is not about religion but about multiculturalism and transnationalism. Etc.

The most bizarre characteristic of liberalism, on the surface, is its supportive, exculpatory and admiring attitude toward Islam*, which stands for almost everything that liberalism hates. It is a theocratic religious regime characterized by divinely sanctioned violence, strong restrictions on women, primitive homophobia, autocracy and theocracy, and economic habits making for huge distinctions between the few rich and the many poor. But it is anti-Western (as is liberalism, "the ideology of Western suicide") and even though it is a religion, it is a Third World religion. Therefore liberals have coded it as a Non-White race and so it has all the multicultural rights and privileges of People of Color. "Islamophobia" is almost always called "racist."

Liberals live in constant vigilance against the spectre of a White Male American Christian Capitalist Police-State, a Republic of Gilead, while the Islamic Republic of Anywhere more than fits that bill, but is utterly ignored as any kind of threat.

*Now that I think of it, Hitler's Nazis and Stalin's Communists had a period of non-aggression and cooperation, too. So it's not unprecedented.

For a blog with a tacky layout, this may be the wisest thing I've ever read.

You are confusing 'liberalism' as the word is today understood in America with Liberalism as it originated in England, which was a political movement associated with the doctrine of laissez-faire, basically market capitalism. The original Liberals believed in the natural rights of the individual to life, liberty and property and opposed what they saw as the tyranny of government. In today's America, these Liberal ideas are cherished by people who call themselves conservatives and use the word 'liberal' as an insult. Those who vote Republican would probably be astonished to know that in the days leading to 1776 and the American revolution, the people running around promoting the vision of a republic and republicanism as a political creed were actually radical Liberals.

I am describing contemporary American liberalism. I am not confusing it with the earlier version, which exists today more or less as libertarianism. No one but historians or history buffs uses "liberal" in the non-progressive sense anymore.

These contemporary American liberals are the most weak minded individuals this world has ever seen.