The ideal and the real

I am overstating the case, but one of the things that always put me off morality and ethics as a study, especially in the Catholic realm with which I am most familiar, was the anxiety that infected the border between is and ought, how the world and the human race actually are and how, if we were good, we ought to be. Sometimes nature was a good, to be imitated, and sometimes a fallen state, what we are put into this world, Mr Allnut, to rise above.

Being constantly haunted by The Perfect Good was exhausting. As one priest put it, living constantly in the presence of the Twice-Born.

Now I can't remember why I started this post.

Now that, my friends, is how, in Jungian psychology, a complex works.

In politics, we have the Platonic prescriptive and the Machiavellian descriptive. When I hear the Pope --whichever one he be-- blabbering on about peace, etc. all the time, it strikes me as pablum, a deflated coin of little value. A kindergarten nanny in a white dress yelling, Be nice! Be nice! to all the bad children. We know how effective that is. Christian morality --which I certainly do not dismiss as a whole-- is nonetheless infected with this idealist highminded dreaming. Without its bloody mythology, creedal self-confidence and doctrine of Original Sin, it becomes Liberalism.

Today, Easter, is the heortological anniversary of the Irish Easter Rising, which led to the liberation of the Irish from British rule. In a distinctly Machiavellian vein, a fascinating review of the 1996 movie Michael Collins as a primer for how power is actually challenged and defeated, and at what cost. It's a long article and it's racially incorrect, so be warned.

And as always, I post this Easter pic in memory of my friend Friar Cornelius, who loved life and people but who was no fool. Twas he who said to me, Well, brother, we both know that the world is a train wreck, but that doesn't mean you can't have a nice day. 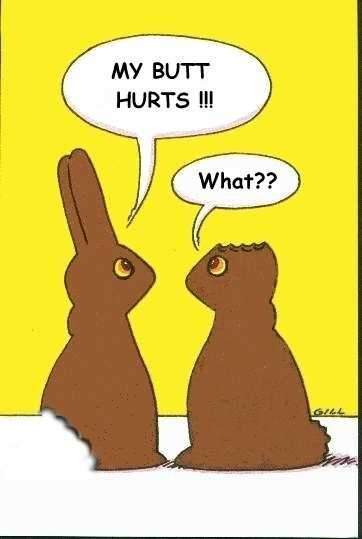