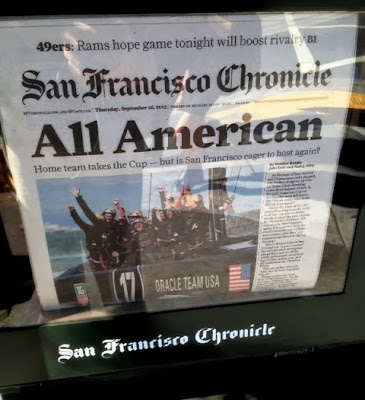 Of the 11 members of the crew, only one is American.

Billionaire+ One Percenter Larry Ellison of Oracle is the funder of the "American" boat and the Muslim oil-rich United Arab Emirates funded the "New Zealand" team, which was in fact composed of Kiwis, with a few Australians thrown in.

But maybe that's what "All-American" means nowadays, a plutocrat behind a team composed mostly of foreigners.


PS And to add to the shame, they're all men. And all White. Awful. Structurally racist and sexist. How can that be "All-American"?
--
at 3:04 PM