The culture of denial and delusion

Found this on my FB feed. 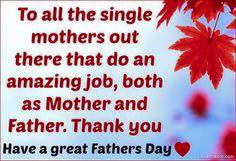 This is the age of Caitlyn Jenner and Rachel Dolezal, when you can be whatever the hell you decide wanna be...as long as it crosses a Lefty-approved line. And some moron will say you are "amazing" or "awesome."

Single mothers do not do "an amazing job." Mendacious cheer-leading for the single most powerful predictor of failure for children. Single motherhood is a disaster for everyone concerned.

But part of the regime of lies is that a woman can do anything a man can do.

Speaking of which, Mr B forced me to watch...and then fell asleep on me...Divergence, one more of the slew of "female empowerment" propaganda programs. It asked me to believe that this emotionally dead teenager was able to defeat rafts and waves of trained males in combat...And, of course, the only coward in the group was a White guy. Makes me sick.

Divergence is a watered-down version of the Hunger Games series. Katniss is rather realistic- yes, she has her shows of snark and (phallic?) assertiveness, but she emotionally vulnerable out the wazoo. She's often calm and collected, but has a habit of falling to pieces when innocents and friends die, while her male cohorts soldier on. Her goals are quite personal- survive, protect her family, protect/save her prospective boyfriend(s). She has zero interest in the grand political schemes unfolding around her, and she only gets involved in the revolution of the latest movie to accomplish her personal goals.