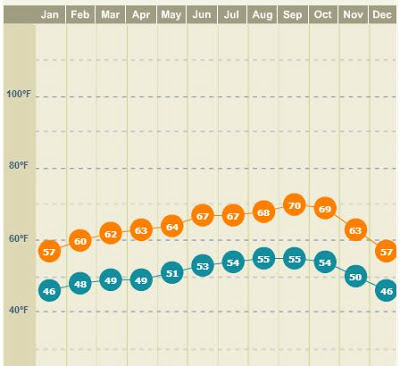 
That little Niall Ferguson dust-up reminded me that most of the reasons I left liberalism behind for conservatism a dozen years ago and then have felt driven into rank reaction is that I am essentially a moderate.

Take the two extremes I mentioned. The pre-Stonewall attitude toward homosexuality and the current one. We go from The Love That Dare Not Speak Its Name to Anyone Who Does Not Love Us Had Better Not Dare Speak. I think they are both nuts and worse, lacking in a sense of reality and balance (a rare and temporary condition at the best of times.)


[Combine this with Catholicism and it ain't pretty. On the one hand we have the tiny and cramped world of orthodox Catholic gay martyrs trying to restrain their disordered inclinations and still salvage their shredded self-respect (good luck with that) and on the other, the delusional gay Catholic liberals who expect Rome to ok gay marriage...and every other item on the leftwing sex and society menu.]


Or take the race question. Although watching the disasters that accompany Black ascendancy (anywhere in the world) has made me sympathetic to attitudes of an earlier and benighted time, I certainly didn't start out that way. On the contrary. Again, I would have preferred --and actually imagined for many years-- that the legal strictures be removed from these people so they could get on with their lives, that individuals be judged by the content of their character rather than just skin color. And that's that. Instead we have the reversal and replacement narrative of Liberalism, where, despite their empirical behavior, Blacks are owed unlimited license and deference* and Whites, eternally guilty, are required to like it.

I guess I see the Liberal Ascendancy in all its forms as a kind of cancer, a set of natural cells which only became evil and life-threatening by losing all sense of proportion and limit.  Every element in the Liberal agenda is either a half-truth ramped up into an absolutist ideology or a benign idea gone rogue and metastacized into madness. It cannot say, OK we've achieved our goal, let's have lunch.

Its language is full of slogans, not about improving or managing but "ending" a problem. Its search for new "problems", though, is endless. Zero Tolerance is its paradigm of a "solution" and its eventual approach to everything. What starts out as a plea for tolerance of difference becomes the intolerant imposition of acceptance.  It's like the bus in the 1994 flick Speed: if it stops, it self-destructs.

What's pushed me farther to the Right is the relentlessness of the Left.

Cancer is suicidal. It seals its own death warrant by eventually killing the organism by which it lives. Once you see that happening, it's hard to stay moderate. Or even conservative.
---

*One example: if a White Republican president, in a time of national economic crash and crisis, were to spend as much time and money on playing basketball and golf, going on foreign vacations and hosting lavish parties --or going around bowing down to foreign rulers like some Negro house servant--as Obama and Wife, can you imagine that the media would not be on a 24/7 moral meltdown?

There is no provision in Catholicism for homosexuals to do something constructive with their desire. Oh sure, their feelings are not "sinful," insofar as temptations are not sinful, but even gay Catholic bloggers confess that coming out to their parish brings scrutiny and suspicion, some condemnatory, some well-intentioned, all painful. Try as they might, orthodox Catholics will always view homosexuality as perverse and horrible. Saint Nicholas is the patron saint of thieves, but where is the patron saint of homosexuals? How can an act that they admit tries to express love (but fails) be worse than a willful act of selfishness?

I was quite disgusted by comments on an article about non-practicing pedophiles that were generally more accommodating that the comments on a positive discussion of the gay character on Downtown Abbey, whom the article contended was made sympathetic through his homosexuality. Surely I'm not the only one who is dismayed at the equivalence between the union of two freely consenting adults and a predator and a victim.

On a related note, I have taken to conversational prayer under the stars. Night has always been more spiritually/religiously charged for me than day. I still feel no guilt, only regret that I had to make this decision. But I'm at peace with it and oddly content. Certainly more content than I have been in a while. My only prayer for myself was that if J is indeed gay, that something good comes out of a relationship.

First steps into larger worlds, and all that.