One of the internet guys who's even Rightier than me, and a bit of a moralizer, says that a lot of (White) Westerners have now become Eloi. These are one of the two post-human races in HG Wells' 1895 Time Machine.

The Eloi are the child-like, frail group, living a serene and banal life of ease on the surface of the earth, while the Morlocks live underground, tending machinery and providing food, clothing and infrastructure for the Eloi.

But you know where the Morlocks get their food? The Eloi. 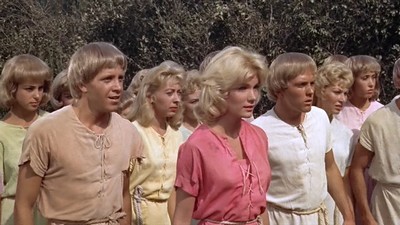 Back in 2008, one of the Western Eloi was Italian artist Pippi Bacca. She went off alone to promote peace in the Middle East by hitchhiking, dressed as a bride. 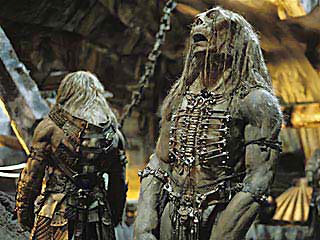 The Morlocks got her.

She was found naked, raped and murdered, in Turkey.

Yet another Eloi story:

A young Canadian-American couple, husband and wife, --Josh and Caitlin, really--set off for...wait for it...Afghanistan. She has a liver ailment. And...wait for it...she's pregnant. They apparently wanted to join a humanitarian aid group to help...wait for it...the Afghans. Now they're missing.

Daddy described her as "naive, adventuresome, idealistic, and with a humanitarian bent."

I've met them before, their type, imagining that their cool global intentions and self-regarding leapfrog morality* will shield them from the world.

“In 2011," continues Daddy, "they spent 4 months travelling throughout all the countries of Central America, returning for Thanksgiving. They enjoyed staying in hostels and tents, connecting as much as possible with local people and helping out as opportunities arose.” (ExC's italics).

Eloi. The West's elite is full of them. Too good, as they say, for this world.


*Leapfrog morality is the current Western moral fad, which values people in direct proportion to their distance from them. As Sailer says, “Modern liberals’ defining trait is making a public spectacle of how their loyalties leapfrog over some unworthy folks relatively close to them in favor of other people they barely know.”

I can't help thinking that these Eloi fools are the rootless and clueless ancestors descendents of the Protestant (proto-humanitarian) medical, teaching and social missionaries of the 19th century. At least those idealists believed that they were bettering their inferiors. The current versions believes we are all equal and that we owe it to these strangers, who are both the victims of our White Western colonialism, etc. blah blah and deeply spiritual.

Talk about a civilization dying not with a bang but with a whimper.
---

You mean "descendents" of these people today.

I did indeed. Thanks.