Watched a bootleg online version of Skyfall. Mea culpa. Not bad at all. The romance here was not with the Black girl or the Asian girl, but really with Judi Dench, M. A pretty dark story.

Daniel Craig's Bond is maturely craggy, and with his impressive build, his voice and how he moves...well, testosterone all over. He is, IMHO, the first believably dangerous Alpha Male in the role since Sean Connery*. Moore, Dalton and Brosnan had all the class, but no credible lethality. With the mien and carriage of a well-seasoned boxer, Mr. Craig does. 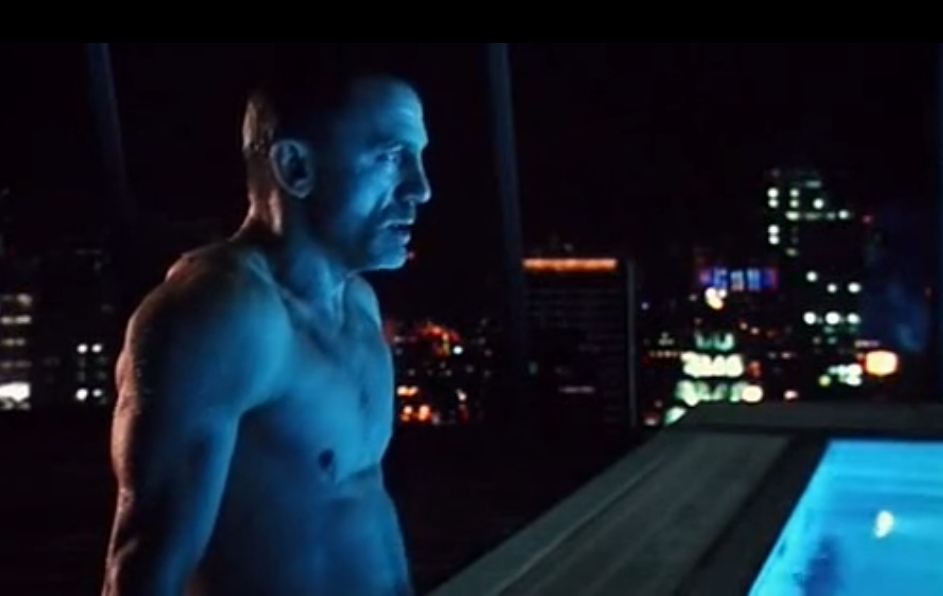 Bleached blond bad guy Javier Bardem provides the first hint of homoeroticism in the Bond film corpus. When he's tied 007 to a chair, he conducts a rather close interrogation, trying to unnerve our hero by having fingertips and hands go where, we have been led to believe, no man has gone before. 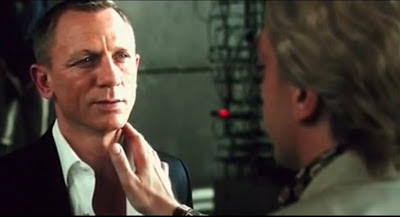 First time for everything, Bardem whispers. Bond's unruffled and smirking response: What makes you think this is my first time?

And when he forces James to a pistol contest, he whispers closely in his ear, Let's see who winds up on top.

Ok. Welcome to the 21st century.

PS. A another rightwing sight, the above incident was cause for grief and ranting, that 007's masculinity had been cast into doubt. I pointed out that 1. had James ever had a role in the hay with another guy, he'd undoubtedly be the top, so no harm done, 2 and his masculinity had already been compromised in the first two Craig films by having M be a woman...something far more epochal. At the end of Skyfall, btw, --spoiler alert-- Moneypenny is Black. Farewell to the White American chick....(Why was the M's secretary a Yank, btw?)

The actress who plays her ruminated on how it would be cool with her were Bond gay, and who would be the best Black man to play the First Black 007, and which Woman...

Here's the message to you few remaining Whites and Males out there: All your everything are belong to us.


*I confess that although I found Connery impressive, he always struck me as pathologically sleazy. Craig's masculinity is more complex.