The politically conservative Dominican whose blog I check has a link to a story of the downfall of once Golden California into its current sorry state.

Whatever group of forces has been at work here, one central change is the massive influx of illegal Mexicans.

As VDH described it, Mexifornia, where Whites are now a minority, entirely due to the increase in illegal Mexicans and White flight from CA. VDH's valley, once full of family owned farms, now resembles North Africa in the 5th century, as St Augustine penned his final words and the Vandals were burning down the city gates.

And in that, the transformation of an American State into a Mexican colony, the friar's Church has been massively complicit and enabling.

He, of course, cannot admit this and there's no use mentioning it to him.

So much of Catholic "social doctrine" is infected with post-WWII liberalism that it can only see "migrants" or "racial minorities" as victims who must be served, never as existential threats who must be challenged and resisted. The "mind-forg'd manacles".

And in the US, of course, it doesn't hurt that the "migrants" are pretty well all Catholics.

Although I was fairly classical in my doctrinal estimate of the hierarchy in my Catholic days, that rarely translated into personal appreciation. Now, when I think of the US Catholic bishops and their "social justice" blathering, well, guess what comes to mind? 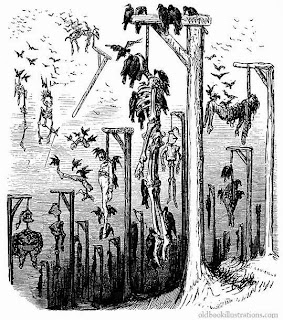 I wonder if, by the next century, Catholicism will become a largely Latin American religion, as Islam starts throttling the European secularists out of existence. I can see Francis the Talking Jesuit or a successor giving conservative Catholics an ultimatum over something, like gun rights or healthcare or immigration, and the conservatives saying, "Screw it," and schisming into the American Catholic Church or depart the Church altogether. But for what?