If you assert that you have discovered universal values that trump all the local values (and dogmas and superstitions), then you detach these values from yourself and your people. After all, if they're universal, they can't belong to anybody, but to everybody.

Welcome to the modern West, where the maintenance of Western civilization --now based on universal values, universal human rights and dignity and such-- doesn't require any actual Westerners at all. Hence, they can be replaced by Third Worlders and there's no loss. On the contrary, replacing them with strangers is the best proof that this is a Universal Civilization.

Nancy Pelosi, the flower of American Italian Catholicism, asserts that the arrival of every new immigrant --legal or "undocumented"-- makes us all "more American." So, really, we could fill up the territory of the USA entirely with Mexican, Chinese, Africans and Arabs and there'd be no loss.
In fact, without "native born" Americans, America would more American than ever! 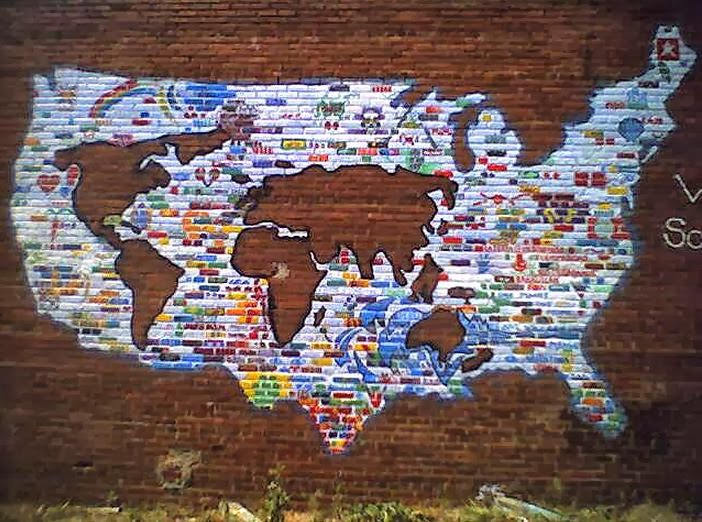 The unfolding triumph of genderless* aka gay marriage is also praised, on a poster I saw, as now making us "more American."

In one of the few correct things that Francis Fukuyama every wrote, he pointed out that modern liberal countries (aka White countries) which embrace pluralism and multiculturalism as an ideal essentially state that their identity is to have no identity at all.

*I call it that because, in a brilliantly innovative discovery of universalism, it renders the most basic element of marriage, the genders of the spouses, irrelevant.
at 7:02 PM

At first, I thought you were referring to me. Does having values that are not held by the majority of your people, but were once endemic to your people, fall into this category. For instance, I keep the Christian conception of forgiveness, if only because it is a useful method of preventing the endless cycle of vendettas that "an eye for an eye" can cause. But you must never forgive somebody for a misdeed against you that they do not confess and repent of. Its impossible: how can you give somebody something that they will not accept because they have no need for it?