In talking with my friend Bill, who is contradiction personified -even more than Yours Truly-, I was reminded of one of the unsung oddities of The Liberal Mind. 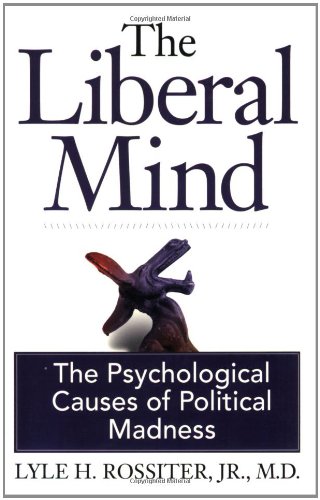 Rossiter attempts a psychological version of Kenneth Minogue's
own excellent 1963(!) The Liberal Mind,
still right on target after 50 years:
"Liberalism speaks the language of individual freedom
in service of the growth of State paternalism."


Few things spark a liberal's upset and contempt as much as people who decline to accept the Darwinian theory of evolution as dogmatic fact, those dreaded God-clinging creationists who prefer to trust the trimillenial holy books which tell them they are made in the Divine image and likeness rather than a just a very clever race of multitasking primates.*


On the other hand, I know of no liberals who accept the logical outcome of Mr Darwin's cosmology and anthropogony: that since we are 97% chimpanzee**, it is fruitless, vain and cruel to attempt to create egalitarian and pacific societies out of the crooked genetic timber of Homo Sapiens.

Requiring us to believe that we are nothing more than the results of untold aeons of savage apery, we are then commanded to live like angels.


*Ex Cathedra is not one such. Never having been required by his Catholic education to reject evolution as the scientifically likely mode of how God set about to create His universe, he has found that the doctrine of Original Sin and the assumption that humans are the relatives of monkeys not very difficult to combine, at least on the experiential level. The doctrine that the same God who unleashed the Big Bang and the vicissitudes of Life is also the Loving Father of mankind is, however, another matter.