Today, in 1571, a Christian fleet, gathered together by the Dominican Pope Pius V, routed the fleet of the Muslim Turks as it attempted once more to invade the West, then known as Christendom. Rather than apologize, the Pope instituted the feast of Our Lady of Victory. 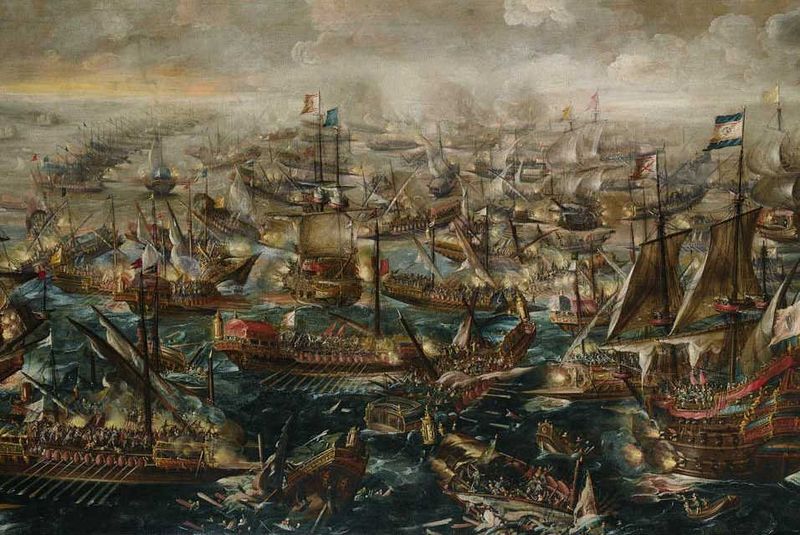 I notice that while Westerners, even foolish Popes like John Paul II, engage in breast-beating over the Crusades, no Muslims ever apologize for their imperialist and colonialist wars against us, which both preceded and followed the Crusades, including well over a thousand years of piracy and slaving in the Mediterranean, a problem requiring Thomas Jefferson to send the Marines in "to the shores of Tripoli."

They are our enemies, but unlike us now, they are not fools.