After about a half century of various liberations --race, gender, sexuality, etc-- you can see how the process actually works, as opposed to how it was originally sold. It's not about "the content of our character" and "opportunity". It's about group warfare.

In a far advanced and more thoroughly metastasized culture like Britain, in the long throes of its post-imperial nervous breakdown-- you see examples of it all the time. They just created an all-encompassing Equalities Act and now some of its fruits are showing up.

In outrageously and unashamedly Animal Farm style, this: "complying with the equality duty may involve treating some people better than others, as far as this is allowed by discrimination law’." 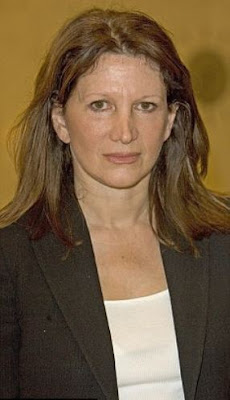 And here's the dead-eyed broad with the baleful glower who's "Equalities Minister". Look upon the face of the New Era. Prophesied by Kurt Vonnegut in 1961: Diana Moon Glampers, Handicapper General.

Britain's Wolfenden Report advocated repealing its anti-sodomy statute in 1957 . A half century later, droves of barbaric Third-World Muslims can, with impunity, fill the streets of Londonistan with signs calling for the murder of infidels, and gather to celebrate the deaths of British soldiers, but a Christian preacher who condemns homosexual behavior gets arrested. No one could have possibly imagined that outcome back then. It's insane. But there it is. And similar inversions abound throughout the West: the greatly unmourned by me Ted Kennedy described exactly, precisely by denying it, point by point, how America would be changed by the 1965 immigration bill he so nobly championed.

My definition of the liberal aka progressive project holds true still:

My very un PC advice to any successful group: Don't give an inch if you don't want to see yourself on the bottom of the pyramid a generation later.
at 9:54 AM