and Lincoln's Birthday have been collided into today, President's Day.

Since reading Ellis' Founding Brothers back in 2003 (?), I have found a set of biographers who are interested neither in hagiography or debunking. These men have become more three-dimensional for me.

Washington: an extraordinary man, without whom the country would never have been born or survived. His decision to step down after two terms protected us from dictatorship for a long time. Neither the orthodox Christian nor the unbeliever desired by Right or Left. An adoptive father. Well worth re-discovering. 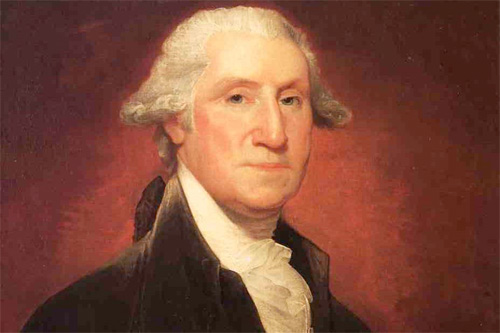 And the current situation of the country he founded would be utterly beyond his comprehension.


"Jeffersonian", in his vision for a re-founded American republic, uses attitude toward Washington as a kind of touchstone for groups that he would want to include. If you like George, he wants you.
If, like corrosive ingrate Professor Reb Seidman, you think of him only as one of those "evil rich White men," he doesn't.