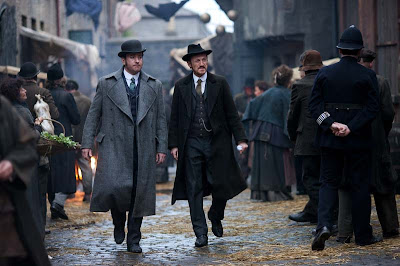 Although it shows a lot of the predictable retrojective prejudices of contemporary Britain --contempt for Christianity being one of them-- one of the episodes unrepentantly shows the use of torture by the police to extract important and valuable information from a villainous suspect. No regrets. No protests. Just infliction of grievous pain to get at the truth. Although when the Brit cop calls in his Yank physician to begin the matter, he tells the prisoner, ominously, "He's American."

Nevertheless, in post-Guantanamo/AbuGraib England, an unusual departure from one of the moral absolutes of our Liberal regime (which holds, of course, that good and evil are relative...).

PS I note that in post-Cold War Europe, including Britain, their sense of moral superiority and contempt for things American increases with their military insignificance and internal social dissolution. Like the Canadians, since they are unable to do anything but talk, --and everyone knows it--that's all they do.