Until the other day, when he killed himself at age 45.

He's certainly not the only man in the porn industry to go out like that. Men younger than him have done it. An old favorite of mine from years back, Kyle McKenna, who combined frat boy, football player, Marine grunt and lost puppy in one persona. And recently, Roman Ragazzi, in his prime, with a boyfriend and starting a new business as a trainer. Along with Erik Rhodes, whose heart attack could be interpreted as the result of a long depressive attempt to end things via all kinds of drug abuse (He had a blog and his unhappiness with himself and with life was obvious). 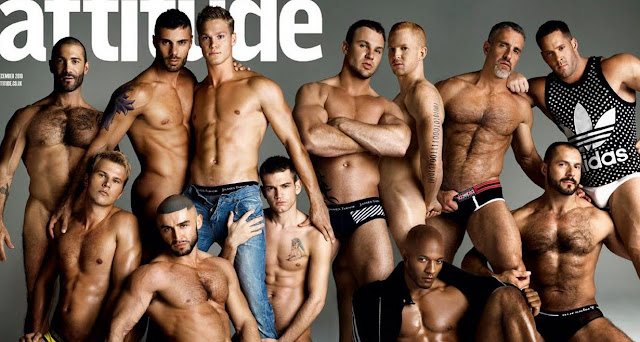 
Ex Cathedra will not go down the moralizing road; too easy. But I will not avoid cliche. These guys' sad endings are a reminder that along with having money or fame, having beauty --and these men had it-- and all that goes with it --the major currency in gay culture-- is no guarantee by itself of a happy life. From the outside, they were objects of lust, admiration and envy. But deeply unhappy inside.  You're better off if you're happy with what you have and who you are.

“To be honest, I have never watched any of his performances, but I've seen his picture in ads for a long time.” WHAT?!?!?