Tribe and gangs and parties


Not much difference, really. I have never known a human group that did not subdivide into smaller groups, related to each other by tension. And I lived in monasteries for twenty years. The Founding Fathers usually had their feet on the ground, but when they hoped for a system of government without parties, it was naive. It's what humans do, dividing into groups, staking out turf, suspecting the others.

The pastel dream of universal (or even local) harmony has about as much chance as making lions give up their attachment to pride territory and gender role. It may not be pretty, but evidently it fits the species for survival. And if Jack Donovan is right, for men it is practically constitutive of masculinity. 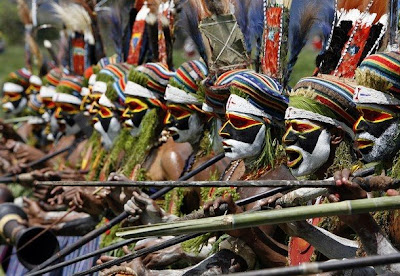 Tribes, gangs and parties --and nations and empires-- are inevitable, but how they relate to each other varies enormously. I have the limited experience only one lifetime, even with a reasonable knowledge of history, but it seems to me that since the mid 60's, America has been generally moving from vigorous inter-group competition and conflict (normal) to an undeclared chronic civil war. After a certain point, there is no discussion or debate, just polemic and demonization.

I do not make this statement from some high promontory above the fray. My blog is precisely for ranting, for polemic and demonization. By the time I started it in 2006, it already seemed clear to me that there were inimical tribes in play, as dogmatically identified as any religion, and that my tiny spot in the blogosphere was not for some illusory "dialogue" --generally a waste of time: few ever really changes their tribal mind-- for but blowing off steam. Like most converts, I am highly adept at seeing the flaws in the position I left behind.

Partly out of upbringing and circumstance, partly out of character, I naturally make a big distinction between individuals and their groups. Otherwise, I'd have no friends, and a much smaller family.

And now that Lent is over, I can celebrate the Easter season by reading articles which I know will give me a stroke! :)

Two men I admire, Andrew Klavan and Victor Davis Hanson, take up similar themes today, from the Right of Center point of view: There is one set of rules for My Tribe, another for You People. Andrew is light-hearted and amusing, as he often is, a kind of conservative Columbo. VDH is ponderously detailed but the dude don't miss a trick.