Watching sets of British TV series, both contemporary and historical, reminds me that wymyn, regardless of class or education or race, have absolutely no claim to group moral superiority compared with men. If they have done less damage in history, it is only because they lack the means, not the will. (And they have also done far far less to create civilization and high culture than men...everything from plumbing to Mozart, vastly a male undertaking.)

Reminded me about my psychology program years ago, largely a female class. As individuals, I rather liked many of them. One semester, though, a female prof the girls were fond of  had to take a sick leave and another female prof came in to replace here. Perfectly nice and competent woman. But she was a White Southerner with big hair. This group of highly conscious and evolved California feminists decided immediately and en masse, for no discernible reason, to hate her. Just like they synchronized their periods. Their hive mind created all kinds of completely illusory problems with the poor woman. Folie a vingt-deux. It was creepy and very revealing. A living workshop in psychological group projection.

Although I have never lived with women since I left home at 18, I have worked with them often. Some days I seriously wonder if the Nineteenth Amendment was not a huge mistake. 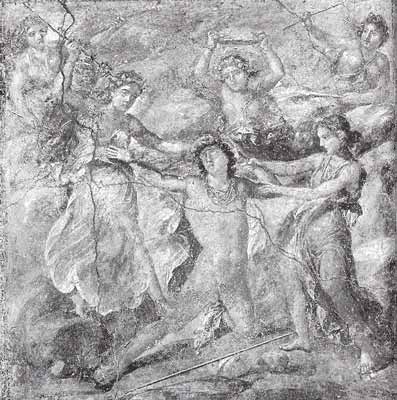 In this case the victim to be dismembered was another female; hardly novel, though.


A funny memory from that otherwise revolting episode of the vigilante Bacchantes was a bitchy crack one of them made about the new prof's big hair: "What's she hiding in there? The Lindbergh baby?"
at 10:41 AM

Does Ex Cathedra mean to make the feminist argument that if women had been given the same means as men they would have accomplish'd as much as men both in "civilization" ("everything from plumbing to Mozart") and in "damage"? ...

I suppose Rousseau held that women's greatest accomplishment was in civilizing-corrupting men, who thus constructed the institutions of civilization-corruption. ... Goethe's "The eternally feminine draws us onward" presumably is mere 'mansplaining.'

I wish also to remark on the ego strength of the white southern woman with big hair: presumably she felt her gender's contempt and hostility for her; but she persisted with her Lindbergh baby hiding hair and didn't get rid of her Southern accent.

Ah women, it's call catfighting for a reason. Women my civilize the brute side of men, but without men, women are cruel and vicious ways men never think of.
Give me good old fashion civilry from men any day over the equality and sisterhood of women.