The article I mentioned about how Blacks perpetuate "racism". I commented to the author that although he makes a fine argument, it is useless because it is entirely rational and the issues --especially race-- are not rational.

He answered me with a rational reply. Oh, well.

It took me a long time to realize that rational or evidence-based argument is mostly a waste of time. (Consider Anthropogenic Global Warming, for instance.) An ex of mine used to drive me to weary distraction in arguments until I realized that our arguing was for him nothing more than a fistfight with words. Truth or accuracy had nothing to do with it. It was all about winning. Hence, he's an ex.

I read an article in a Jewish publication about the sources of anti-Semitism, a topic which intrigues me. In an equally off-base way, the writer decided to try undoing all the various negative view of Jews by reasonable argument. It was a disappointing effort which wound up in the not unexpected position that there is no reason to dislike Jews. (On his grounds, there is little reason to dislike any human group...) A triumph of naivete over intellect and self-service over brave curiosity. 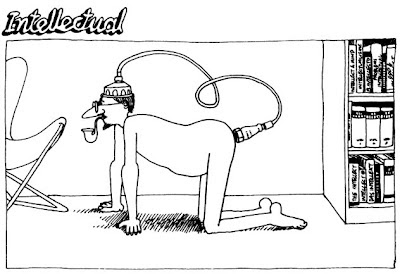 Cognitive therapy works on some conditions but not all. It's a wise clinician who knows what model of healing to apply to the particular patient.

On the other hand, there's the apparently intellectual speaker with a big (if predictable) vocabulary who is actually doing little more than emotional manipulation. Women are especially good at this in one on one encounters. Men do it in public, as orators.