My monkey-mind is always running. Some of it drops onto these pages.

Another gorgeous spring morning, the sun brightly shining, the trees and shrubs and flowers, the people out with their dogs, the sweet Pacific air. Strong hot coffee. Very nice indeed.

My take on groups and on individuals within groups is always different. It's not an achievement of mine, just a feature. Always been that way. Example. My assessment of the African-in-America population as a group has taken a huge nosedive over the last several years. But my longstanding connection with my Black ex remains. He is not a group. I call it The In-Law Position: loving your spouse does not necessarily mean loving their family. (He treats me the same way, mostly.)

And here's an individual in that group whose appearance cannot but strike me as very impressive indeed. 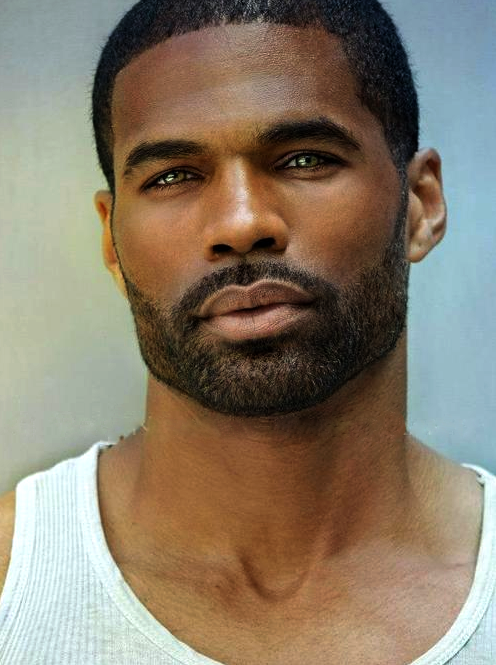 Mormon theology continues to fascinate. The LDS have no real Creator God because the universe is eternal and uncreated, composed of matter and intelligence, always. Gods evolve out of it (by Darwinian super/natural selection?), organize it and enliven it, but do not create it, as with the monotheist religions, from nothing. A strangely materialist inversion of Gnostic themes.

Mormons get very defensive about their exclusion of Blacks from the priesthood til the 70's. Politically, it's a liability and was tactically done away with by "revelation" just like polygamy was when it became too hot to handle.  But in terms of what any priesthood is, not a problem. Despite the Protestant "priesthood of all believers" and its reduction and democratization of sacred power into mere talking and universality, any priesthood worth its archetypal salt is exclusive by nature. In Judaism, it was inherited by blood, like royalty. There is really no difference --except on a contemporary political level-- between excluding a gender and excluding a race from priestly power. An exclusive status is "owed" to nobody. And once everyone can have it, it's not all that desirable.

Bruce Jenner has turned out to be very disappointing for the folks that were all ready to make him into an icon for America's latest liberationist fetish group, the 3/1000ths that may be gender dysphoric. He revealed, oh the horror,  that he's a Republican conservative. The vitriol exploded, in print and in pixel. That's what happens when Official Victims wander off the plantation.

And really, what madness is not to be expected when they marry into the Kardashians?

Reading a book by a Very Far Right guy with no love for Christianity and its egalitarian moral universalism, I was surprised and amused that he used the Roman Catholic Church's governance structure as a good model for a future post-American nation: a non-hereditary meritocracy of sorts, with elements of both monarchy and aristocracy. He also likes Venice's old complex republican set-up, which worked amazingly well for 1000 years.

His eyes look hazel to me, I could never really see the green that everybody seems to see in hazel.

Something that just kind of popped into my head and eager to share, what is the difference between the LDS view of the Universe and the Roman Catholic view of God? I know many Catholic scientists, my grandfather included, who interpret God as being the Universe itself. The more I learn about the Mormon Church the more it seems to intersect with Pagan and Catholic religions. Still, they are all so goddamn cheery.

I'm red-green color blind, so hazel and green are the same to me.

Your Catholic grandpa's a pantheist. A big Catholic no-no. God and His creation are separate. The maker and the made.

RC (& all other Christian) theology has an eternal uncreated spiritual reality (God) creating the world of matter and spirit in time, utterly dependent on Him.

LDS theology via Joseph Smith asserts an eternal universe, with matter and "intelligence" being co-eternal. But "intelligence" is part of the makeup, not its maker. Only its eventual organizer.


The cheery Mormons are indeed a unique religion but resemblances to Catholicism are very thin and superficial.

PS I just got stuck with one of those pasta things. What a pain in the ass.

The idea of an eternal universe is outdated. The universe had a definite beginning, if only thanks to using logic to take the apparent expansion of the universe to its natural conclusion- or, as the case may be, origin.

"PS I just got stuck with one of those pasta things. What a pain in the ass"

Hah! Right? Still, the imagery suits your tastes, I think.

Your clarification was enlightening, thank you. It explains my interest in Paganism, I think. Perhaps it is much more genetic than I knew? My grandfather would laugh at the assertion of being a pantheist, correct though it may be. Perhaps all Catholic scientists are just Pagans in gelded clothing?

Sean, the universe may not be eternal but, I have no real attachment to one idea or the other. I have innate opinions that are probably older than Catholicism though, likely unfortunately shaped by NRM and Syncretist hippie bullshit. Llewellyn has long arms. Do you believe that the universe has an end? Are you open to the idea of the "subtle universe" a jargonized hippie appropriation of the theory of non-locality? Aristotle seemed to have similar opinions to that theory and the Neo Pagans cling to their misunderstandings of his writing all the time.

I ask because, you seemed to have a rather Pagan instinct to me when you first started to comment. With this impression of mine, your comment was very interesting to me. I am curious. Sorry, I can pry a lot too. I have read a lot but, in my youth, I made bad choices of what to spend my time reading...

p.s. sorry if I ranted. I am having a kind of jacked and spazzy day.

No apology necessary for ranting. It's what ExCathedra was built for.