I am officially old. GQ announced its Leading Man of the Year and I have no idea who he is. James Franco, btw.

Spent well over an hour last night trying to find out why my Windows Live email program refused to send anything all of a sudden. Turns out that when I deleted one of the messages in the Outbox, which contained a photo encased in a new and non-optional Microsoft Windows Live photo frame, everything went back to working as normal. My experience with Apple is very recent and restricted to the iPhone, but I have decades of Microsoft experience and Bill Gates' people usually manage to create software that is incompatible with their other Microsoft programs, all the time. And I have yet to encounter an "improvement" that does not entail the loss of a feature that I liked.  If I ever have money again, I may cross over to Mac land.

I can't resist posting this. Though B and I are broken up, over three months now, we do have contact. He sent this email today because it reminded him of our last trip away together in early July. 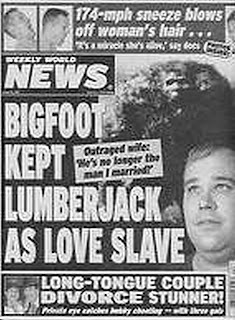 For all his many many many flaws --actually he only has one and a half, but it's major!--- he is a damned funny man. My very first online connection with him, sight unseen, made me laugh and even now he can get to my funny bone like nobody else.

Transgression of a certain kind has always had an attraction for me. (I get that tendency from my mother Eve!) So here's a two-part culturally transgressive question. I'm afraid it may sound rhetorical, but I'd be very interested in actual answers:

Our current liberal culture requires us to engage in excruciating acrobatics (aka, lies) when it comes to certain groups. I can't think of any other group in history which has worked so hard to address a history of race-based bad behavior as modern Whites --I think it's really unprecedented, to the point of pursuing cultural suicide, even-- and yet the assumption is that Whites are always racist. If you can't see it, then it must be even more malicious, hypocritically hidden. On the other hand, if Blacks are the beneficiaries of fifty years of legal and social and economic programs designed to improve their position and yet a significant number of them appear regularly to engage in significantly self-destructive behavior (eg. drug use and incarceration, unmarried parenthood), somehow it is not their fault. Or "the legacy of slavery and Jim Crow."

Here's another transgressive thought. Consider the recent history of the European Jews: emancipated from the ghettos and shtetls in the nineteenth century and then within a century, perhaps, subjected to mass demonization, deportation, confinement and slaughter, so that two-thirds of them are gruesomely wiped out within a few years. Now to say that they have rebounded from that experience would be an understatement. They went from being on the brink of extinction to once again ruling the world (according to some people!) within a generation.

What if some other group had been at the center of that kind of disaster? How do you think they would have fared by now?

Not all groups are equal.

Now I am certainly treading on thin liberal ice here. Talking about racial and ethnic groups this way. Not letting people be unique individuals. (Which, by the way, I am pretty good at doing in real life.) But the whole effing liberal project is based wholly and entirely on talking about groups! It's just that some groups are more equal than others. Bad White male capitalist patriotic warmongering religious consumerists vs Good People-of-color female wealth-sharing transnational peace-loving secular environmentalists.  (Unless, of course, you're dealing with Muslims: then you can be theocratic and violent and misogynist but it's OK because...uh, because why?)

And just a note on groups like Blacks or Hispanics. For PC purposes, that's all you need. But in real life, within those groups are many other groups. Black crime rates in Toronto are astronomical. But when you further investigate, you find that 98% of the crime comes just from Jamaicans. Worth noting. And if you compare the cultural patterns of Cubans in America and Mexicans in America, you can see right away that not all groups of Hispanics are alike, either. Why should they be? Ever compared Italians with Swedes?

(And btw, the next time some PC asshole wants to make you feel bad because you mistake a Korean for a Japanese, ask him or her if they could tell a Greek from a Spaniard or a Dane from a German. PC BS.)

Talking about groups is unavoidable. You cannot talk about an individual without referencing his group characteristics, be he a human or a tree. This is one of the lessons our progressive masters (and mistresses) have made strong to teach us: race, gender, class, race, gender, class.

Human thought cannot take place outside the dialectic of generalization and individuality. Unless you grasp the general group concept "tree", you cannot know any particular sycamore, pine or oak. The exhausting contradictions of liberal politeness on this question are clearly designed to prevent us from seeing the forest in which the trees grow while simultaneously making us feel bad for the forest. For example, a dictum I learned in PC school about how whites should deal with blacks sums it all up: "Unless you wanna be a racist, just forget that I'm black. And by the way, also never forget that I'm black."

Gosh, that so makes me wanna be your friend.

And since I'm on a roll, one of the reasons that Asian-Americans do so well is that they seem to have found a way of maintaining a largely non-confrontational sense of heritage while adopting American middle class family, education and work values, including dressing like ordinary people and speaking standard English and having ordinary American first names. And they outstrip "racist" White Americans in almost every measure of accomplishment. Ba dump bump.

I better get outta here before I'm arrested.

Franco was in Milk. The locals will string you up from the Castro Theatre marquee when they learn you haven't seen it. :-)

Well, they have plenty of reasons to string me up, but I did see Milk. At the Castro Theatre! Just didn't know the names of some of the actors.

Never even thought of Jews in Japan. Acc to Wiki, there are about 2000 and remain pretty marginal.


As for Blacks in Brazil, my impression from reading is that they are close to the bottom...perhaps with the Indians worse off?

And do the wealthy in Brazil self-identify as Gazilians?