Brotherly love in the Book of Hours 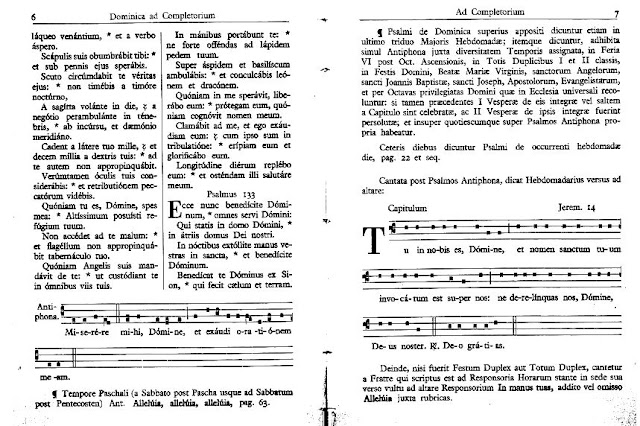 I am sure that people who have known me in the last twenty five years, my secular life, sometimes wonder about my continuing appreciation for Catholicism and my continuing affection for the Dominican Order, both of which I parted ways from. Some of it has to do with my character, an intuitive thinker. But parts of it are just personal, human, very individual.

I recently realized that I had forgotten a joke in my repertoire. I knew the punchline and the general idea, but could not recreate the narrative enough to make the ending funny. So I took a chance and used the internet to track down the Dominican professor of Scripture, a brilliant, witty and quirky Sicilian American, who had told it to me almost thirty years ago. He is retired now and living in Switzerland, soon to move to a priory in Vienna, where he expects to live out the rest of his years "holding off the Turks as in 1531 and 1683, dying as a soldier on the Ostfront".

He did re-tell the narrative for me, as well as catch me up on his travels and his opinions. But then he wrote this to me, an ex-friar he knew for a brief time and had no communication with for three decades:


In the English breviary*, there is a hymn from St. Columcille of Iona. It begins: "Alone with none but thee, my God, I journey on my way". I like it a lot. You told me once of when you had....and felt lost and falling,  and then you felt caught by the everlasting arms. Tom O. said something similar about when he was very sick in Africa. When we get to Psalms that speak about our being upheld by Him, I think of you two. That is how I have never forgotten you. You are in the breviary.

Were it not unmanly, that would bring tears to my eyes... 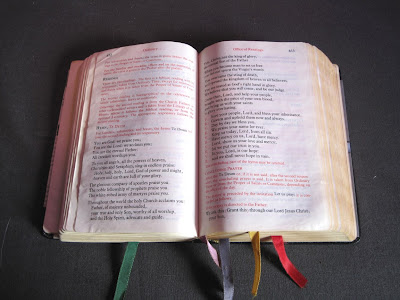 *The Breviary is the Book of Hours, containing the seven daily services of Vigils, Lauds, Terce, Sext, None, Vespers and Compline --psalms, antiphons, hymns, readings, prayers and blessings-- sung in choir and/or prayed in private by Dominicans, other religious and monastic orders, and Catholic priests and deacons. Laypeople and parishes are encouraged to celebrate morning Lauds and evening Vespers, but that's rare. The Anglicans, more successfully, and brilliantly, made Mattins and Evensong out of it. The heart of it is the chanting of the 150 Psalms over the course of each month. In the old days, over the course of a single week! (It was my favorite form of prayer; I liked it more than the Mass.)
at 1:47 PM

150 psalms per month...so five per day? How long ago did this practice start? 'Cause I'm thinking about how ha-Meshuggah liked to copy so many things from other faiths before whacking their heads off.

It's actually a four-week cycle and some of the psalms are divided into sections and some are repeated. It's not in numerical order or divided into equal parts.

The 150 per week cycle is at least as old as the 4th-5th century and began with monks but eventually spread to all clergy and churches. It was burdensome for moderns, so in the 60's it was altered to monthly.

"Burdensome for moderns"? Yeesh, ex cathedra! The BCP -- "The Anglicans, more successfully, and brilliantly, made Mattins and Evensong out of it" -- is *modern.* So also Trent, Spanish mysticism, etc etc. Really my sense or guess is that Christianity's great era is in the modern time. (Sotto voce: Who knows how long before the Reformation era the O.P. began?)

Reading one a day is easier, but then again, the Jewish versions are divided into 7 days as well.
btw, who says tears are unmanly - if they come at the correct time?