...ontologically mean and morally corrupt." In these or similar words, Gnostic elucidator Cyril O'Regan describes the state of the human race. 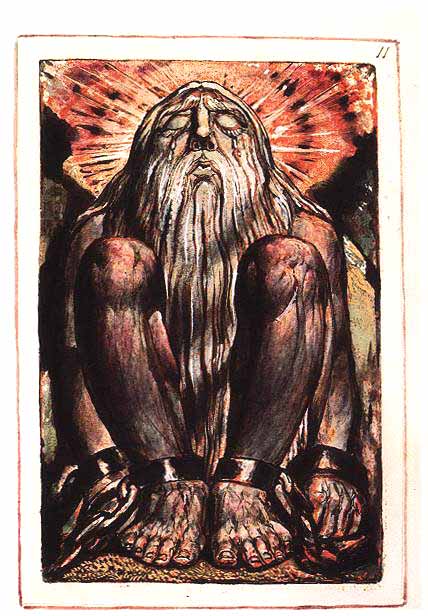 
I plowed through his two books on Gnosticism several years ago. And I mean plowed through. A brilliant guy, but a with the style of an OCD paranoid lawyer. He illuminated the Gnostic mind and project uniquely well, with his outline of the Valentinian narrative grammar*. But he held to the orthodox faith and charged Gnostics with, among other things, trespassing the bounds of the human condition. Fair enough, a Gnostic would plead guilty.

But O'Regan's sense of the limits of man rings true: our grasp of the world, while real, is limited; we find our small selves within an unimaginably large universe not of our making; and our track record for behaving well is dismal indeed. So a little humility is called for, says O'R.

I never liked Lent, the 40-day fasting liturgical season before Easter that we are now in. I guess part of it was living in meterological climes back East and North, where the weather was already depressing enough without a season of self-flagellation laid on top of it. 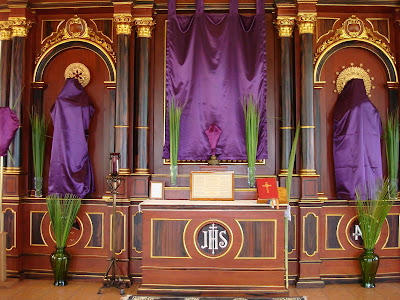 Purple-covered images in the later stages of Lent

Nowadays, with my minimal and nominal practice of it, if I think of it as going into short-term therapy, it's not so bad. Especially with the mild San Francisco winters, which are really more like East Coast autumns, but with greenery all around.

*For those of you with the interest and stomach for it, this clip from my Amazon review:


The familiar orthodox narrative is of a self-sufficient but communitarian Deity (Father, Son and Spirit) who creates a variegated universe out of love and whose special human creation freely turns on this love to choose willful selfishness; the divine Son becomes incarnate, and by his obedience and sacrificial death restores the possibility of original communion, through the community of the Church and with the communitarian Deity.

The Valentinian narrative describes a self-sufficient communitarian divine world of many variegated characters, where one of them likewise chooses wilfulness for the sake of knowledge and thus falls from this communion into a space of alienation and ignorance, indirectly creating the universe of matter and psyche and entrapping parts of his/herself therein. An envoy from the divine world enters this universe to awaken the entrapped and fragmented divinities caught therein (humans) and this self-knowledge restores them to their original home.

O'Regan sees this second narrative, using characters and material from the Bible, as a parasitic deformation, a spiritual pathology, where the proper estate of man as an ontologically inferior, morally weak and epistemically challenged creature is overblown into a self-aggrandizement based on special knowledge of the divine causes of the state of the universe.

Lent at this time of year is much better than the three weeks the Jews subject themselves to every summer. The build up to T'sha B'av - when both Temples were destroyed. When the world is alive and thriving to deny oneself all kinds of pleausre is just too much for me.

Lent at this time of year is much better than the three weeks the Jews subject themselves to every summer. The build up to T'sha B'av - when both Temples were destroyed. When the world is alive and thriving to deny oneself all kinds of pleausre is just too much for me.