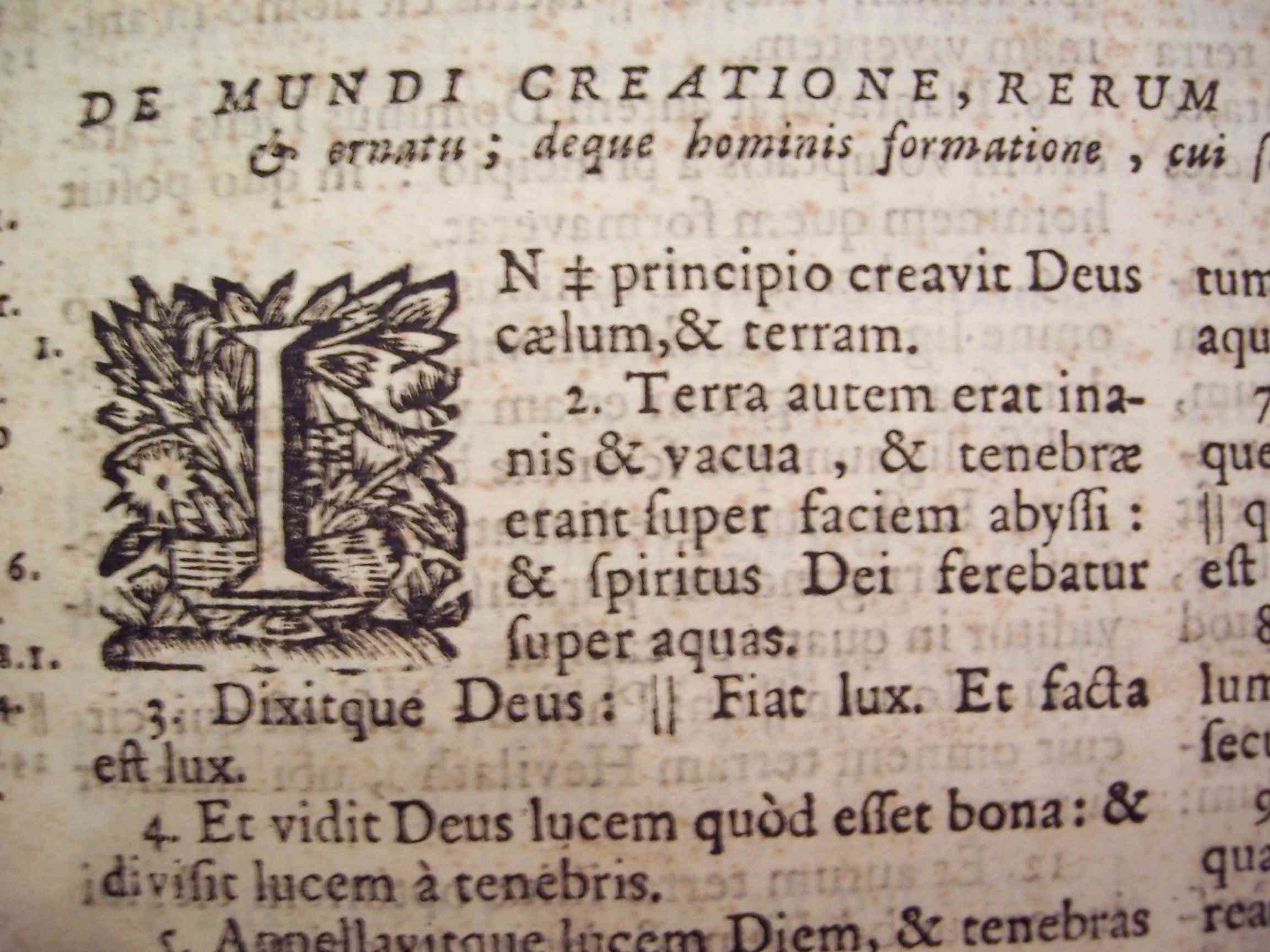 When I was in the seminary, an eccentric German prof of New Testament asked us to take a saying that one of Jesus' parables culminates in and write our own parable, to culminate in the same saying. It was illuminating. Our efforts were all too long. No punch.

I find that with a lot of classical texts. Economy of expression and density of meaning.

Caught the end of Denzel Washington's Book of Eli, a post-apocalyptic tale of good and evil. After many trials and struggles, on his deathbed he dictates the Bible to a scribe, from memory. His quiet declamation of the opening verses of Genesis --pausing to allow the writer to keep up with him-- was impressive. A text read and a text spoken from memory...quite different in impact. So much in so few words.

From my study of Hebrew many aeons ago, we had to memorize these verses in the original tongue.
I still recall some of it...fragments of rhythm, doubtless with errors, transliterated.

The Gospel of Mark is the shortest, and likely the earliest, of the four canonical Gospels, written around the time that the Romans burnt the Temple in AD 70.  I recall seeing Mark performed and acted out as a one man show years back. Takes about an hour and a half or so. Seeing it spoken rather than read --and read in sections-- made for a compelling experience. Like a bard telling a story, without notes or book. You notice what is missing, how you fill in the blanks from the other Gospels. And you notice how different it is from the the other three: abrupt, almost manic, condensed and focused, heavy on action and less so on words. It begins with an adult Jesus meeting John the Baptist (no Christmas story). It is full of miracles and exorcisms. Its passion and cruxifixion story is violent and unbowdlerized. And the oldest manuscripts have the gospel end like this, with the reaction of the women to finding an empty tomb:  8And they went out quickly, and fled from the sepulchre; for they trembled and were amazed: neither said they any thing to any man; for they were afraid.

Had only Mark survived or been canonized, what a different religion Christianity would have been.
at 2:44 PM

I've wondered about that old ending to Mark sometimes. For the text to know anything about the women who said nothing, it has to be written with authorial "omniscient viewpoint." If not just an error, then a very 'modern' stylism?

The 'new ending' has the book wrapping up just after the infamous
bits about the snake-snatching and poisonous potables. So if it were the only book there might be a lot more of that.