Railing against the times

A rather well known Catholic blogger has changed his mind about a 40+ year old new practice and now wants to have communion rails re-installed in churches and have people kneel to receive the sacrament instead of stand, and receive it on the tongue, not in the hand. The way it was done for at least a thousand years. 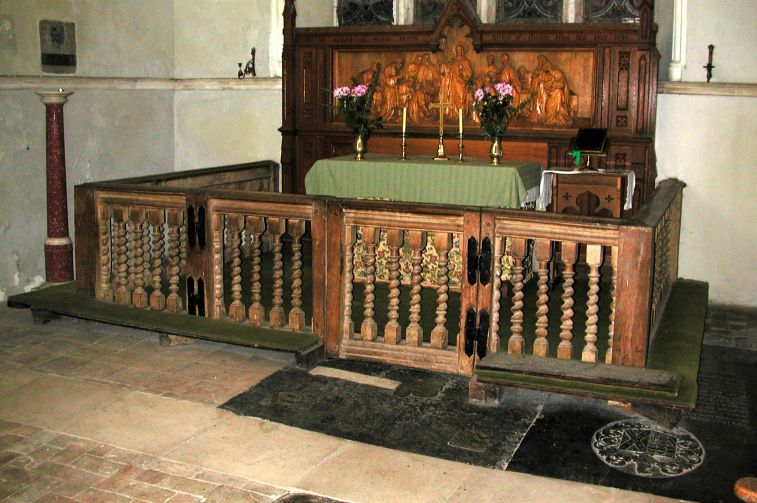 As with so much of the Catholic liturgical revolution after Vatican II, --like having the priest face the congregation from the other side of the altar during the Mass-- the changes were billed as returns to ancient, pre-medieval practice of a supposedly more authentic age. True enough. But the meaning of many of these altered gestures, postures, etc. cannot be the same as it was in the late classical culture of the 6th century. To translate Teddy Roosevelt's thoughts on government into a though on religion, the postures and gestures were the same, but the people had changed, so these things counted for nothing.

The deacon-blogger's point was the seemingly ineradicable irreverence of a certain portion of the Catholic population. (And that includes priests.) As I have mentioned before, democratizing holiness was a big push from the Council, linked, willy nilly, with the manic levelling energy of the 60's: "the priesthood of the laity" and "the universal call to holiness." But instead of elevating the masses, what happened --as in all egalitarian schemes--was that sacredness became a deflationary currency, cheapened by being made more widely available without any cost.

I am only talking about ritual behavior here, the quality of perceptible behavior in sacred places and during sacred rites, not people's internal moral or spiritual condition. But what I observed and experienced during my years in the Church certainly pointed out to me that a sense of respect for sacred things --anywhere, not just in church-- was a dying element in our culture. An egalitarian casualness, often paraded as liberation from elitism or from "the Middle Ages", masked what I perceive to be a combination of personal and cultural emptiness, narcissism and entitlement in regard to anything that might call for that hesitance, special comportment and humility. The ego of the moment was the supreme god. The word "awesome" may be the contemporary version of "cool", but real awe is something our contemporaries reserve for celebrities.

My problems with Catholicism are pretty obvious, but it used to be one of the places where post-Enlightenment humans could learn to experience real sacredness. Not so much in the last 50 years. It could only benefit were such experiences once more become available in the Church of Rome.