While I try to psychoanalyse why I still find myself reading PrayTell, --some complex is at work there--I do note that there is a big gap, between the educated and the uneducated among the commentors. A few of them clearly know their history, etc. Most are liberals, a minority conservatives. And there is a middle ground of lay people who work for the church in some capacity, often music, for whom the phrase, "a little theology is a dangerous thing" seems apt. These folks are ideological, that is, they have one or two ideas and decided to recreate the complex worship of the world's largest and oldest Christian church on that basis alone. And then there are a few, one in particular, who are just stupid and adolescent and shameless.

One named "Sandi" --with an i-- is the worst offender. When a discussion arose of an earlier translation, one which still used "thee" and "thou", she announced that this only showed "what a whitewashed tomb of death the Church had become and how Vatican II tried to drag it out of the Dark Ages." The woman is a moron, with a cartoon view of the world. I characterized her as the love child of Oliver Cromwell and Matthew Fox*. When a commentor rightly took her to task, another one piously reminded them to concentrate on the message, not the messenger. (Yet I note that smart male conservative voices will get smacked down without this tender evangelical concern.) 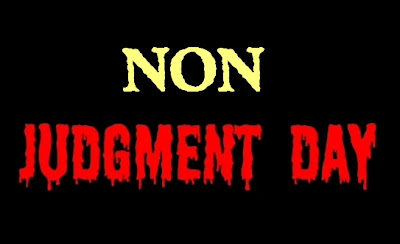 This is a huge part of what I do not miss about Church life. And that is why I made this post. One of the things that used to bother me when I was in the church was the way in which the "forgiveness" theme got used. Or how to deal with "the little ones, the least of my brethren". These things are, as might imagine, highly local both in space and time. The current format is infected with sentimental egalitarianism and the metamessage that the church has settled on to adapt to the age of EuroLiberalism, "the dignity of the human person."

What this very often "cashes out" into is an uncritical enabling of the dumbest and the most character disordered or immature in the group. Where once a stupid peasant would be told by his pastor that he was a stupid peasant whom God loved but who nonetheless should keep his big mouth shut, now each dumb loudmouth, especially if she's a woman, must have her ego coddled (it's really nothing more than that) and never confronted. The conscious blab was to treat people like adults, but in reality they were to be treated like moody adolescent girls. If they got their feelings hurt, it was never their issue, but always yours.

I remember this "ethos" and how much it irked me. I suspect that on one or more occasions I lost my Mr. Rogers persona (LOL) and told some of these people what the story was. And if they left the parish, angry and hurt, I repented not. But then again, with my personality, stupid has always seemed to me a far worse sin than regular evil-doing.

It's just the ecclesiastical version of liberal victim power, which infects many kinds of organizations nowadays, under the rubric (!) of one of Jesus' least felicitious phrases, "Judge not lest ye be judged". IMHO, it is one thing to assume that you know the secrets of the heart as God does, but quite another to distinguish an idiot from a normal person. Jesus himself, if you read the Book, indulged in a whole lotta lotta judging. But then, He was the Boss.

*Not the hot guy on Lost, but the desiccated New Ager with the oppositional-defiant personality.

Liberal Victim Power, LVP, I need to remember this one it explains so much.

I can't believe this; are you suggesting that "Wisdom University" doesn't rank up there with other brilliant and Progressive theological schools and institutes?