Small island, Eire. Saint Patrick made the Irish Christians in the 5th century. He was a Roman Briton, kidnapped and enslaved by the Irish as a boy. He escaped but returned later, with a big impact. A big chunk of my ancestry came from there. My middle name, chosen at confirmation, is Patrick.

When I was thirteen, the night I graduated from eighth grade to be exact, my Dad sat me down and explained that he was not my only Dad, that my mother had been married before and that her first husband, who had died in a car accident, was my birth father.

I was only ten weeks old when he'd died happened, so I had no memory. And my Dad had entered the picture fast, marrying my mom when I was just two. So as far as I was concerned, he was my father.

My first response to all this information? Wanting to know the deceased man's name, to make sure I was still Irish!

For better or worse, he was 100% Hibernian and so my gene pool remained unchanged.

In the interim, I have sometimes had reason to wish otherwise. Specifically, I told my mom that if she were going to marry a short-lived father, instead of marrying a tall, skinny, pale Irishman to mirror the tall, skinny, pale Scandinavians of her family, she could have found a 5'9" Italian football player. For example.... 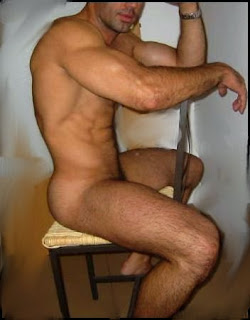 That would have been a happier genetic mix: skin less likely to burn, possibly even able to tan, a more mesomorphic frame to work with and perhaps a less sensitive conscience!

But instead of pasta, wine, veal and garlic, I got potatoes, whisky, corned beef and soda bread. And  Irish Catholic guilt.

I am very adept at language. In my heydey, I spoke Spanish fluently, and did well in French, Italian, could read German, along with Latin, Greek, some Hebrew. Even did basic Esperanto.
But when I tried Irish I was stumped. The spelling-pronunciation dynamic makes English look like simple math. In the Sign of the Cross, for example, the phrase, "and of the Son" is "agus an Mhac". But it is pronounced "agus a vik." You get the point. I gave up.