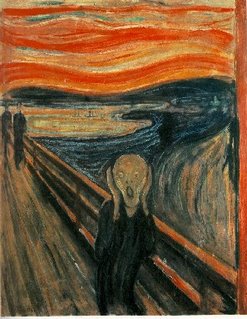 I read an article recently which included an excoriation of someone’s viewpoint on non-Europeans in Europe as “xenophobic”. This ended the discussion, because clearly, no decent person would want to be “xenophobic”.

Or homophobic, or my personal favorite du jour, Islamophobic. The list goes on, sometimes with the alterate ending “-ist”, as in racist, sexist, classist, speciesist.

Take xenophobia, "unreasonable fear of foreigners". In Holland, Muslim immigration has created a national crisis. Ask Pim Fortuyn or Theo Van Gogh or Ayaan Hirsi Ali. The cultural coherence of an ancient northern European state is under severe stress due to high numbers of immigrants from a cultural family, North African Islam, which stands in direct opposition to the liberal tradition of that country. Yet, to point this out is to be, gasp, xenophobic. Because in actual usage, xenophobia means any negative response to (Third World) foreigners whatever.

Francis Fukuyama, he of “End of History” infamy, wrote the first sensible thing I’ve heard from him in years. Criticizing European and North American societies for ignoring the cultural struggle going on within them, he says, “many celebrate their own pluralism and multiculturalism, arguing in effect that their identity is to have no identity.” (Emphasis mine).

The ideological use of xenophobia and other cognate terms is clear: it shuts down thought and discussion, forbids perception and interpretation. The person who uses it achieves the moral high ground without argument, the person to whom it is applied must immediately drop everything and begin explaining, denying, defending. It is the equivalent to calling a medieval Christian a heretic. It need not have either ground or content, but it creates anxiety and forecloses discussion. That is the purpose of the discourse. I wonder, if Communism had not collapsed, would an anti-Communist position be labelled "Marxophobia" now and pathologized along with all the rest. (While I'm at it, I think that the progressive agenda really is an expansion of Marxism from economics to all of culture...Gramsci is more of a threat to the West than Karl...Trojan horses and all that).

(Postscript paragraph Apr07) With thanks to Elaib Harvey of the Brussels Journal, this quote from Orwell about 1984 Newspeak: "The B vocabulary consisted of words which had been deliberately constructed for political purposes: words, that is to say, which not only had in every case a political implication, but were intended to impose a desirable mental attitude upon the person using them." (Emphasis by my own damn self).

This much is clear: Only whites are racists. Only men are sexists. Only the well-off are classists. Etc. It is just a linguistic tool of the progressive agenda. If poor people start to move into a previously middle-class neighborhood, to dislike this is “classism”. If rich people start to move into a previously poor neighborhood, to dislike this is not “plutophobia” (unreasonable fear of wealth), but resistance to “gentrification”. The protected victim classes may not be criticized. The result of this discourse, if accepted, is that you are not allowed to see what is right in front of your face.

This is true of all these “phobias” and “-isms”. They are nothing but a progressive version of name-calling and the functional equivalent of lies. Russian emigre Alexander Boots, in his book "How the West Was Lost", refers to this as the replacement of democracy with glossocracy, rule by the people with rule by words. I would say instead, rule by slogans.

I am done with all these words, all of them, including "homophobia". If I were not a believer in large freedom of speech, I would ban them. I certainly intend, in my personal life, to avoid using them and to refuse to let others use them without challenge. I want to be able to try to see what's in front of me, to call things by their real names, to think,to talk, to decide.

If you have a problem with that, you're aletheiaphobic!