In praise of diversity: "Rank" 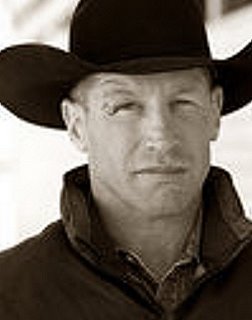 “Rank” is an IFC film about professional bullriders. It is a gripping look at a world of men, unreconstructed and unbeveled. It combines energy, passion, power, risk, suffering, struggle, perseverance, endurance, skill, brotherhood and…rank. There are winners here. And losers. Men, all.

Jungian analyst Anthony Stevens divides the masculine from the feminine on the basis of rank and affiliation, respectively. The heart of the male is rank. And yet my own corollary to Stevens is that rank is also how men create the deep and powerful affiliations of male worlds. Both forces are evident here.

A fine documentary, which lets the subjects speak by their actions.

I write this in contrarian praise of one of my least favorite words, “diversity”. In current coinage, it is just a code-word for making sure Caucasians are not left alone and unsupervised by ourselves in groups. And the world of bullriding is an overwhelmingly white world…as you would expect. It celebrates and continues the culture of the American West, a combination of testosterone, grit, tenderness, patriotism, family and religion. In the worlds where “diversity” is supposedly valued, this kind of culture is not. The post-modern and liberal “diversity” kowtowed to --yes, I know, that word is supposedly offensive to Asians!--by our enlightened PC schoolmarms means precisely the eradication of worlds like bullriding.

As a gay man and an intellectual, I might not be very welcome there. That is fine with me (though I still intend to go to the bullriding contest in Oakland in the summer!) Because, as someone who values real diversity, real difference, I am happy that this culture exists, even if it has not much room for me. It holds something precious and deeply admirable about America and about manhood, in a world where our high-minded betters consider both of these atavistic embarrassments. And I love them both.