According to the 2010 Census, the following racial groups in the US are

If we took their numbers and translated them into the populations of the states, this is what the country would look like: 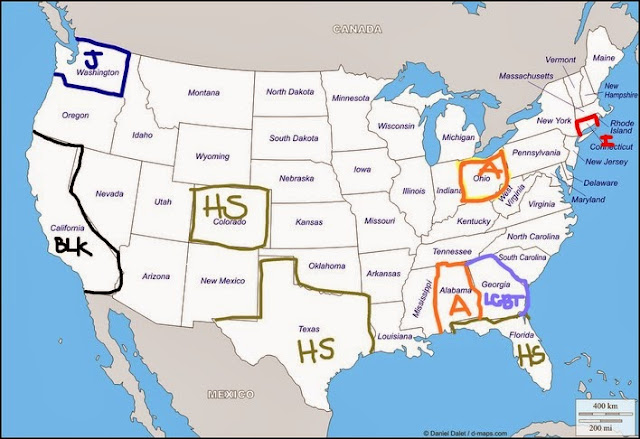 (Just for interest, all the Jews would live in Washington and all the LGBTs in Georgia.

Another way to look at it.

Ex, need some advice on a personal matter. Another guy in my fraternity who knows I am into guys got drunk last weekend during a party I was not at and told several other brothers. He told me today, over a week ago, and apologized.

I haven't suffered any negative consequences from this and the brothers don't seem to care, but I think I'm rightly upset that he outed me without my permission or knowledge, before I was ready to. He has owned up and admitted that he fucked up. I have said that, while I am upset, I will not hold it against him provided nothing bad happens.

Hmmm. Well, I was once outed by a straight friend during a drunk.

I forgave him when he apologized.

And then continued on as if nothing had happened.

My take --and I was not dealing with a fraternity-- is that if no one responds badly and you don't make a big deal of it, it sends the message that you are comfortable in your skin rather than anxious.