I can't stop checking out the slow motion train wreck at the PrayTell blog.  The man who keeps whining repetitively that "they" stole "his" Mass and so now he doesn't go to church because what happens there "isn't Mass anymore." God, I'd like to smack him. Fuckin' baby. And the usual crowd, who will jump on anyone who disagrees with them, piling on accusations, namecalling, requirements for documentation, condescending outrage, etc. treat this man as if he were a sacred wounded and abused two year old. In the trade, it's called "enabling.

One of the recurring themes has to do with valuing things based on their age. "Well, that's just a medieval accretion" is one way of dismissing an idea or practice. But is the problem that it's too old, dusty and medieval, or not old enough, coming long after the New Testament? One of the more annoying women, the "We are Church" type, who has read a few books, today dismissed the Roman papacy because a professor recently wrote that prior to the end of the second century, the monarchical style did not exist. So I guess that makes it illegitimate for the Pope to rule the Catholic Church because it only started 1725 years ago? It's a quirky novelty?

On the other hand, Catholic feminism, all of ten minutes old, is revered as a Blinding Revelation of Higher Revolutionary Truth. "The Gospel and the Gospel's ways lay hid in night/ God(dess) said, "Let Elisabeth Schüssler Fiorenza be! And all was light!" (Apologies to Alex Pope).

You can smell the adolescent oppositional-defiant syndrome.

The Dominican house I lived in had decided to remove the rosary from the belt of the habit, because St. Dominic hadn't worn one; it became part of the outfit later on. But of course, St Dominic wore his hair in a tonsure and didn't have the flowing sleeves OP's now wear. The real issue, of course, was that the friars didn't like the Rosary*. (Or the tonsure, but the sleeves were cool.) 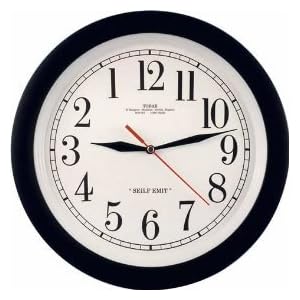 *I never liked it either, to be honest. I appreciated it from an intellectual viewpoint, but hated reciting it. Especially in a group. My alcoholic great aunt helped me out with that when I was a child and had to say it as a penance or something. For those of you outside The Fold, the rosary beads are for counting a series of prayers, anywhere from five to fifteen sets of ten Hail Mary's preceded by an Our Father and closed with a Glory Be. My aunt told me that since God wrote these prayers and already knew them, there was no need to say the whole thing. Just the first two words of each one. I bought that one. Made it less boring.

We proceed thus to the first article.

Objection 1. It seems that oppression should be abolish'd. For Wikipedia says »Kyriarchy is a neologism coined by Elisabeth Schüssler Fiorenza to describe interconnected, interacting, and multiplicative systems of domination and submission, within which a person oppressed in one context might be privileged in another.

»[Cryarchy] is an intersectional elaboration of the concept of patriarchy — it extends the analysis of oppression beyond traditional feminism to dynamics such as sexism, racism, economic injustice, and other forms of internalized and institutionalized oppression.«

On the contrary, according to the Philosopher, Ruling and ruledness is not alone things necessary but also things advantageous, and some stuff immediately from birth are alienated, some on the one hand unto ruling and some unto ruledness.« (Politics 1254a 22-24).

I answer that, in the words of Lukàcsian Marxist Lucien Goldmann in »The Hidden God«, “It is by the very fact of their reality that these privileges also acquire value. For it is one of the characteristics of any dialectical system of ethics that one should not be satisfied either by mind or by reality, but should strive after a union between the two.« (p. 279)

“As far as the social order is concerned, dialectical thought has always considered that while inequalities of wealth and power were evils that ought to be abolished,** they are nevertheless temporary realities which also, in so far as they contribute to the development of society’s productive capacities possess genuine human value.” (ibicl., p. 277)

**Sc the military-industrial or medical-interpretive complex is not to be abolish'd, only the inequalities are to be abolish'd -- especially in terms of distribution in terms of race, gender, class, etc. (Egypt without the hieroglyphics is the new broken-promised land.)

Re broken promises, my sense has long been that Luther makes rather a sarcastic joke when he identifies the God of the NT as "the God who makes promises" (preface to the New Testament; Dillenberger, ed., p. 14). That is, this God here perhaps doesn't keep the promises He makes there.

Maybe a One [will-to-power ego sum quis ego sum] must keep there the promises made by this God? For Luther indicates also "there is also one faith and only one God:" (ibicl.).

But man must go there to accept this fulfilment: "For where there is the word of a promise-keeping God [who?], there is needed the faith of a man who accepts it." Babylonian Captivity, Dillenberger, ed., p. 274.

P.S. "For the older testament, mediated through Moses, was not a [sc mere] promise of remission of sins, of or eternal life, but of temporal things, to wit, the land of Canaan [sc 'there'?]." (Babylonian Captivity)