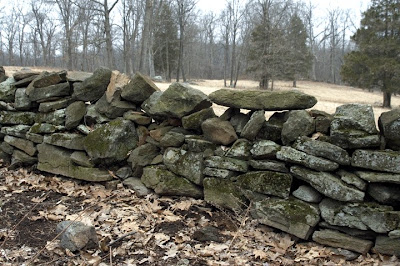 A recent study has shown, to the chagrin of its researchers, that racial diversity is not all it's cracked up to be. It so upset them that they spent years trying to disprove what they found and then trying to moralize about it. Liberalism as a religion, anyone?

SF is full of "Celebrate Diversity" bumperstickers and the meme of "diversity increases our strength" is ubiquitous. A local nonprofit that I know of spent a year or so asking itself what its strategic priorities were. Racial diversity never came up...until the last minute, when they realized they had been remiss, and stuck it into their plan. Classic.

Inclusive! Sensitive! Diverse! This, in a city whose black population keeps declining, to a point where it is now less than 7%, half of what it was forty years ago. Must be George Bush's fault.

I recently shocked a gym-mate who had returned, appropriately horror-stricken and self-righteous, from a trip to the Heartland, discovering vast areas that were not like San Francisco. I told him, "Isn't this a great country? Such diversity!". He truly did not know what I was talking about. His shock only increased when I said that it was a good thing to have so many Red States rather than having everyone be homogeneously like SF, because it was diversity that makes us strong. He looked at me as if I had just said, "Klaatu barada nikto".

I hate the word "diversity". I am sick to death of it. It smells of fake moral vanity. It surprises me not at all that neighborliness decreases as such "diversity" increases. Real diversity, especially diversity of opinion, is not tolerated. And what it really means is that whites cannot be left alone by themselves. And white liberals, which includes almost everyone I know, are the purveyors and perpetrators of this creepy game.

No one gets anxious or critical that black churches are...black. When was the last time the citizens of Chinatown tried to import a bunch of Latinos?