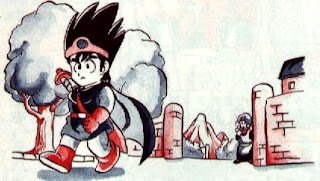 I am going to break one of my own rules, then make amends for it and move on, contritely.

A while back I decided to eschew (yes, eschew!) all the phobias and pc isms, "homophobia" included. All of them, I concluded, were rhetorical straightjackets, prepackaged "mind-forged manacles" designed to prevent perception, thought and action.

Roger Scruton, one of the last conservative thinkers in Britain, has pointed out a characteristic of the liberal mind which deserves attention. He calls it "oikophobia". Oikos is the Greek word for house. It is also the root of all the eco- words in English, so beloved of environmentalists. Scruton describes "oikophobia" as a "rejection of home and inheritance, the disposition, in any conflict, to side with ‘them’ against ‘us’, and the felt need to denigrate the customs, culture and institutions that are identifiably ‘ours’". It is part of normal adolescence. But it also describes the default and reflexive reaction of liberals to their "home and inheritance". I have referred to it as self-hatred and self-loathing.

I have also thought of the phenomenon of "liberal jaaliya". Jaaliya is the Muslim term for the times of ignorance, prior to a tribe's or nation's embrace of Islam, pre-enlightenment. For most liberals I know, Western history, prior to 1965, is largely a saga of evil, a "jaaliya". The New Dispensation of the oikophobic progressive demands distancing oneself from it. Hence all the breast-beating and kowtowing and apologizing and scolding, etc. It is designed to show that even if a liberal looks like a bad old-time Westerner, s/he is converted, illuminated, and pure.

And those who represent or embody "home and inheritance" --the white male American Christian businessmen, soldiers and consumers-- are The Enemy. Osama and his ilk are not really taken seriously as a danger or, less, an evil to be fought. As I have often said, hang out with liberals and listen for what really makes them angry. It is never the murderous thuggery of Muslim jihadis. It is alway George Bush, right-wing Christians, Republicans, and Corporate America. What they hate is the representation of their own demonized past. 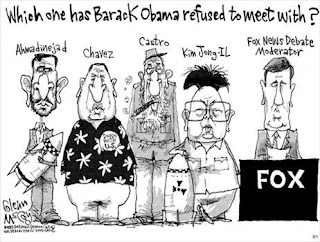 For oikophobics, only The Future and Unfolding New Order can be loved. It is multicultural and woman-loving, based on economic justice, secular and peaceful, beyond mere nationalism, and in harmony with The Earth. Kumbaya. com. The past, the vast turbulent and magnificent bulk of who we are, where we come from, what grounds and creates us, what has allowed us to survive, is rejected. That is a recipe for suicide. Which is the logical outcome of this point of view.

I promise not to use the word oikophobia anymore. But it makes a point.
at 10:11 AM