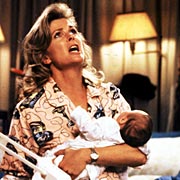 I am sitting with my morning coffee, orange juice and cigar on the sun-drenched back porch of the parental home, in a small town on eastern Long Island's north fork. The sun is out, the bay is beautiful, all is calm. I am reading an evolutionary "deep history" of the human race, based mostly on genetics and archeology by Nicholas Wade, called Before the Dawn. Fascinating stuff.

Must be either my age or my naturally dusky character...or the combination of the two...but I am imagining myself a patrician Roman on his farm in the late fourth century, half-aware that the Western Empire is on the verge of collapse, the barbarians on the march and the once-great world-city unwilling or unable to do anything about it.

The scenario described in this Toronto newspaper could be repeated many times here in America, mostly now among black Americans and increasingly among Hispanics in America...so many of whom are invaders from Mexico.

For most people, the basic rule needs to be: finish high school, don't make babies until you are married, and once married, stay married. Those three conditions will save you from the worst positions in society. Unwed mothers and their children are, in general, going to be poor and stay that way, be sick and die early, and have more than a nodding acquaintance with the criminal justice system. These peoples' own hip-hop culture mistakes will be blamed on "society", and our cohesion will continue to fray.

What a liberated-from-men Murphy Brown could so triumphantly pull off because she was a wealthy white professional woman, will be the demise of millions who are not. And maybe, in time, of us Romans, too.