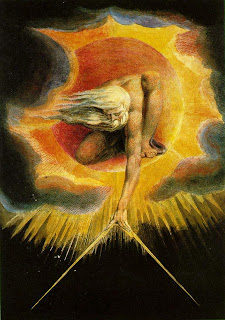 December 2nd 2006: Since it's Advent, my favorite liturgical season, I am listening to Handel in the car on the way to work and now in my living room, along with my glass of cabernet and some really dense Irish cheddar and chocolate Phillies cigar. Middlebrow, or what?
Sir Edward Beecham and Royal Philharmonic did this version in 1992. I used to like the Mormon Tab Choir version, but the Beecham version is so...patriarchal! The basses, both vocal and instrumental, are...emphatic and martial, unhesitating.
This is Handel's bombastic joy...and the testament of a time and culture without our anxiety and self-doubt…full-on ChristoYahwist music: "I am God the LORD and this is how I speak and how I sound --amazing, stunning, overwhelming, exuberantly phallic, awesomely beautiful, no?--and you will like it because it's good for you." And I do.

I find it exhilarating. I smoke cigars and drink and sing along. There's something in orthodox Christianity that can't be beat...I miss it.
December 3rd 2006: This morning I decided to listen to the Wailin' Jennys, a female Canadian trio whose CD I just bought yesterday, along with a set of Baroque and Renaissance CDs.
I sit here on my green couch, coffee cup in hand and its smell up nose, with those three women singing on the stereo and there will be one of them taking the lyric, with this slow slow sweet piercing silvermoon-in-the-winter-night sound that only a woman can make, at once so tender and soft and almost hidden, but full of primal power and the survival energy of country women...and that's so stunning. I close my eyes and just want to be in that same space of hearing, to become my ear, to be filled with that sound, that voice, to become what I hear, without moving, completely still, like water on the verge of turning to ice, without disturbing this delicate moment. And then... 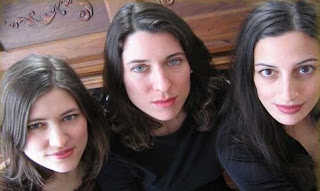 And then, the other two come in, to make the harmony with her, and the hairs on the right side of my body all stand up at once, electric, as the sound becomes so big and textured, leaping large in a second, and I hear this really bass moan of pleasure come from down near my belly, a sound only a man can make, and I close my eyes tight, as if a waterfall has just engulfed me and I want to hold on and not be swept away, --and know that I won't be and will be-- so I can become many ears, many ears, each taking in every marbling, every plane of sound in each of those three voices, and each note of the strings, the percussion, each note of the silent spaces in between, full up, and I hear myself exhaling hard and saying, "Jesus!" 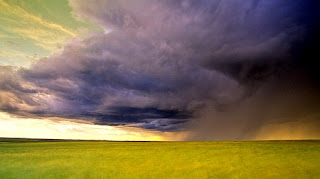 There is, in my ear, a distinctly Northern Dominion quality in the music of the Jennys. It is an emptiness, a silence, that comes from the overwhelming space of the country, from how much of it is northern and vacant, wild but in a contained and almost marginal way, unnoticed, far away from the bustling places of empire, like the Northern Tao.
Sometimes that primeval emptiness which limns the Canadian soul speaks in its own voice, often in humor, usually in music. When it lives in the empty silence and does not try anxiously to fill it. And then it has a cool impersonal grandeur, surprisingly larger than the modest scale of the instrument.
When these women sing, I hear the prairies, those vast hours of darkness you see from the window of your plane as you fly westward over the provinces at night, with small patches of light so intermittent…approaching, glimmering, disappearing, astonishing, almost melancholy, but brave and unfussy, breath-catching.
While we Yanks make a massive wall to the south, Canada has no northern border, nothing but the roof of the planet itself, and space, and sky and cold. Like the origin of the world.
It is vertiginous. And it makes the emptiness of the plains, of the mountains, of the northern forests, the tundra, the iceflows and beyond, so profoundly open, mute, unembraceable. During my years in the Great White North, my actual visits outside the cities were few, but I felt the difference right away. In the land. And in the soul. That's a part of Canada that, Yank though I am, I will always love...
at 12:35 PM