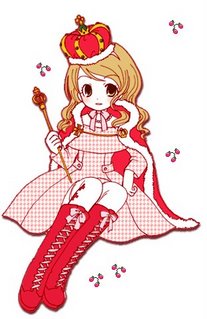 After discussing the issue of manhood and manliness with a friend, I was reflecting of my responses to varieties of feminine behavior, primarily in males.

My friend was unhappy with me because I was unwilling to take the egalitarian and inclusive attitude that anyone with a dick was just as much of a man as anyone else with a dick. We didn't get much past the issue of style; didn't discuss character or action or attitude. He held that if a man wore a dress or a leather jacket, it didn't matter. A man was a man.

I realize that I draw a distinction between the feminine, as an attitude, a set of values and capacities centered on affiliation, and girlyness, or what I call "ghyrlitude". The feminine is central to our existence as a species. But what is "ghyrlitude"? Well, let's just say it's on the spectrum of the histrionic personality.

I accept that each gender contains an inner complement of its opposite. The sexes are distinct and opposite, but not hermetically sealed off from each other. Developmentally, men who grow up to be gay are likely to have a precocious relationship to the feminine. I certainly recognize attitudes and capacities in myself that may be feminine. And I have very good friends who are women.

I started reflecting on their feminine behavior. My women friends, both straight and gay, are feminine, though in rather different ways, but they are not girly. This is where it hit me: I don't like "ghyrlitude" or "girlyness" in women...why would I like it in men?
at 10:55 PM