Proud Kweer Gringo Kaffir II, or, Why I Went Over To The Dark Side 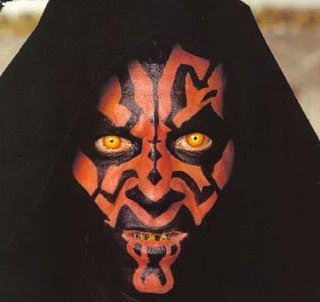 John Henry Newman was a great light of the Church of England in its 19th century revival. However, he eventually went over to the Dark Side and converted to Roman Catholicism. He died a Cardinal and may one day be canonized as a Saint. No one on either side doubted his prodigious intellect, but a lot of people found his choice very hard to take. To Brits raised for 300 years on Guy Fawkes and “No Popery”, it felt like a terrible betrayal. He called his autobiography, Apologia Pro Vita Sua. That translates as “Apology for His Own Life”. In English, an apology nowadays is an expression of regret for a wrong committed. But its origin in Latin and Greek is in fact the opposite: it is a defense and an explanation of something. In seminaries, the study of how to argue with opponents, in favor of Christianity, is still called “apologetics”.

Part of what this blog is about is apology. On the one hand, I am (perhaps too) aware of how unusual and even shocking it is to hear a gay man identify himself with the Right. First time I realized it, it shocked me, too. And I am not blind to the tensions there, believe me. So, I get it. But I also want to explain, or at least illumine, why that shift came about. I did that in my 1.19.07 post, Proud Kweer Gringo Kaffir. This is a followup and a kind of executive summary “apology”.

I believe that Western civilization is under attack, from without by the Jihad, the shock troops of a resurgent world Islam; and from within, by a culturally Marxist progressive agenda held both in part and in whole, consciously and semiconsciously, by a great many of the educated and elite members of our civilization.

I am a very smart guy –no sense being coy about it. I have the ability to deal with complex ideas, both by natural inclination and by way of too much education. But I have also loved images and I tend to use images and my intuition a great deal. I have a gift for metaphor and, at least as a way of fundamentally orienting myself, often prefer it to complex discourse.So it seems to me that the simplest way to “apologize” for my shift is to use the metaphor I wrote about in my earlier post:

“I'd rather go to the ramparts with the irascible folks who want to save our town from the invading barbarians than stay at home with the charming pacifist intellectuals who argue about re-designing the bedroom.” 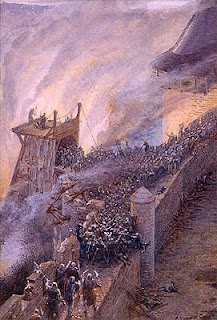 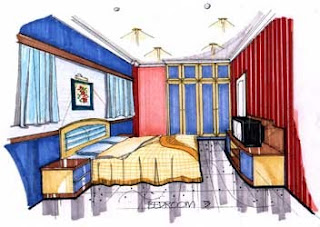 This is the fundamental difference in perspective between me and my neighbors and friends. They turn their attention away from the Muslim threat ("It's overblown, you're getting paranoid, and maybe even a bit racist") and are, of course, totally unfriendly to the notion that their progressive attitudes are anything but an improvement to the West ("How can social justice be wrong? Don't you want gay equality?"). Basic perceptions differ.

A great example of what I mean shows up in a quote that cranky Christopher Hitchens --who threw his lot in with the neocons precisely because he is a “man of the Left”—takes from a book by British lefty journalist Nick Cohen. Cohen’s work joins others in a newish genre: “Why I Left the Left”. I’ll let Cohen speak for himself, from WHAT'S LEFT? How the Liberals Lost Their Way:

“My instant reaction to the 9/11 attacks was that they were a nuisance that got in the way of more pressing concerns. Throughout the 1990s, I had been writing about the overweening power of big business and how it could corrupt democratic governments. I had lambasted new Labour for its love of conservative crime policies and attacks on civil liberties for years. Attacking Tony Blair was what I liked doing — what got me out of bed in the morning. Accepting that fascism is worse than western democracy, even western democracies governed by George W Bush and Tony Blair, sounds very easy in theory, but it is very difficult to do in practice when you are a habitual enemy of the status quo in your own country.” (emphasis mine) 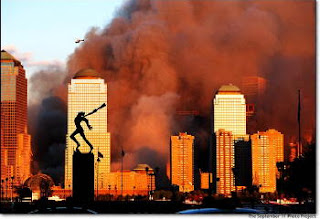 And it completed a long slow process of waking up.

My experience with the Blue State mind is that it is exclusively and compulsively focused on internal enemies in whom doth reside all evil: George Bush, Republicans and the Christian Right, along with Corporate America. All the animus goes there. And what Cohen is suggesting is that such a habit –and I would describe it as often complex-driven—can lead to a de facto support of fascism –in this instance, the Jihad.

Hence, the metaphor of the ramparts and the bedroom. And why, with all its difficulties, --especially for a man who thinks that his sexuality is a gift from God!—my sympathies now lie on the Dark Side, with the cranky people on the ramparts. To many in my tribe, I have abandoned the Jedi to become a Sith Lord.

Complicated it may be, but “self-loathing” is the last thing it's about.

Yup. I'm in much the same boat. I stopped calling myself a 'liberal' when I saw that they were turning a blind eye towards the horrors of Islam and to it's world-conquest mentality. Plus, I'm not a huge fan of feminism anymore either. Not going to bother with the usual disclaimers. Karen Straughan and a healthy level of skepticism. That's my only disclaimer.