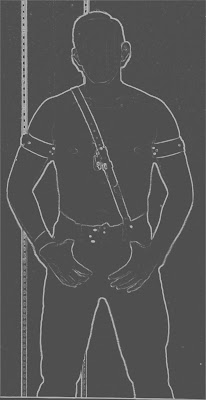 A friend of mine "back East" just got a copy of the first volume of Tales of the City, Armistead Maupin's wonderful series about bohemian/gay life in San Francisco from the mid-70's to the late 80's. In 1993 a filmed version came out and I watched it with a friend, "Uncle Jack".

Jack worked with me at the nonprofit I managed back then. He was about my age, a big ol' butch leatherguy from Tennessee, and a total sweetheart. When I left that job, I took him out for coffee and shyly told him that I hoped we could still keep a connection and be friends. He flashed that great smile of his and said, "Of course, you asshole." I loved him, not in a romantic way, but with a lot of feeling. His return of my affection made me happier than he could have known. My ex, who also knew and loved him, gave him the nickname "Uncle".

Jack died of AIDS in 1994. He was spared the painful deterioration that so many men went through in those days. It was an infection that took him, but it was fast, and he still looked like himself. He was unconscious when I got to the hospital and so I had to whisper my goodbyes in his ear and hope that he heard me. His picture is over my desk, along with seven other men I was close to who also died in those terrible, terrible days.