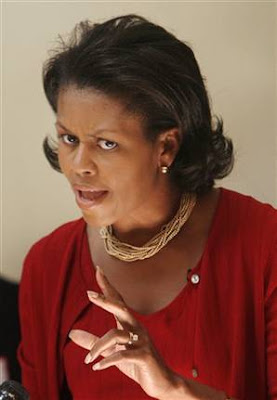 Especially in the case of Democrats, if we wind up having a shadow
co-Presidency with one elected spouse and an unelected colleague spouse,
such as we had with the Clintons, do you really want this kind of
woman that close to such power? A wealthy affirmative action beneficiary
with a Harvard Law degree who only at age 44 experiences real
pride in her country for the first time?*

It seems that her resentment only increases with her elevation.

*And Hillary becomes dramatically less appealing when I consider
that Billy would be back on the ranch, given all his post-2000
shenanigans. If she'd divorce him, I'd dislike her a little less.
(And I was a big fan of his; voted for him twice).
at 11:14 AM