What is sex for? 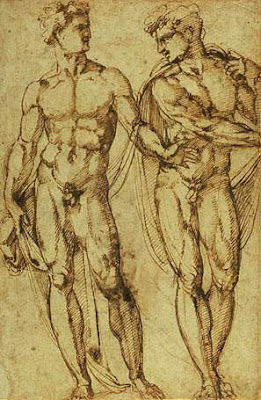 (Bandinelli, Two Men)
As a younger man, I was drawn to The Grand Questions. All those degrees (five of 'em, actually...yeah, I know) indicate at least that, among other things. My bookshelves are filled with tomes that address these issues, though I have not read any of them in a long time. I find myself dwelling in the nooks and crannies of the lowlands, smaller questions, smaller answers. Not lost interest entirely, but my energy is clearly in the particular, the mundane.

My religious background, with its strong Aristotelian energy, leaves me with a question about almost anything: What's it for? True or not, a sense of a thing's purpose is a measure of its value for me.

So, to bring together the particular mundane and the Grand Questions: What is sex for?

Again, my tradition provides a direction. Sex is for procreation. And over time, it became clear that it was also for interpersonal communion. And it has always been clear that it is quite pleasurable. At least for men, most of the time!

A quicky teleology of sex: it's for procreation, communion and pleasure.

Now that does not work for homo sex, the procreation piece I mean. So I'll do with sex what I did with men and morph it a bit to fit my experience.

Procreation is participation in the creation of new life. So shall I call it creativity?...except that this sounds too much like an urge to do macrame and take up a hobby. Transformation is better, life renewed and changed, in the direction of its ultimate goal.

Communion is not wrong, but connection might be better, especially for men.

And pleasure is certainly translatable, although I tend to expand that into play as well. Play is a current metaphor for sex among gay men. Play can be read as "merely" play, but to me, play is a high form of life, so I may keep that.

Here's my second thought, then. Sex is for play, connection and transformation --these seem to me to be its more natural hierarchy, that is, the outcomes which more frequently occur and in the order in which they occur, at least between males. 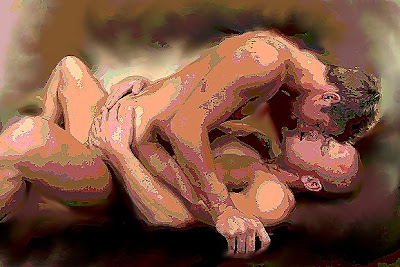 "in the direction of its ultimate goal" ... which is what? I want to know.

Ultimate goal of what?