VDH on the cushy liberals 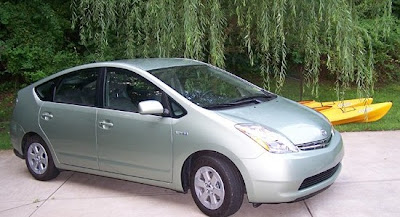 Familiar to me, although the "fern bar" reference shows that VDH needs to get out more:

"Among this very elite, liberalism is now a sort of entrée for business, entertainment and leisure, a social requisite, like being a petty Christian official in the Medieval World, always taken for granted and not often examined.

Among this new influential class, clustered in universities towns, and progressive cities like Seattle, the Bay Area, the southern California Coast, Boulder, New England, and the suburbs of Washington, hating George Bush, or assuming that Western industrial rapacity is heating up the planet for profits, or that Iraq is a war for Halliburton is all akin to having oak floors, leather furniture, a stainless steel, granite kitchen, a glass of white wine after work at a fern bar, or driving a Prius to campus—manifest symbols of taste, erudition, and culture.

Championing social causes at a distance also provides the upscale a sort of psychological penance: e.g., something like ‘I wouldn’t dare live or tutor in East Palo Alto, but will play the radical at Stanford’s picturesque campus as spiritual recompense.’"