In the history of male homosexualities, the contemporary "gay" form is unique.

1. initiatory sex between older and younger men, time limited, rule-bound, publicly institutionalized, with the express purpose of promoting the ideals of manhood espoused by the society. Ancient Greece is the most well-known example, along with the samurai, although some societies in Melanesia practice ritual sodomy as part of a larger set of initiation ceremonies and ordeals. 2. situational sex between men in all-male institutions: prisons, the military, monasteries, schools, etc. Although actual bonding can take place here, most of the participants would likely be involved with women, were they available.

3. transvestic sex. This is probably the most common version, world-wide and historically. It is a format which reflects or even mimics the male-female paradigm, in that it brings together dominant insertor males with submissive receptor males. Very often the power dynamic is expressed in age, social rank or class differences, or in pronounced styles of masculine/feminine presentation but the role of top and bottom is usually quite rigid, at least in public presentation. Examples are the pre-Stonewall "rough trade" and "queens" and the contemporary Latino "machos" and "locas"; I would include the AmerIndian "berdache" here as well. Typically the bottom is seen as feminized and therefore inferior, while the top can often maintain his social status and masculine honor because, regardless of the object, he is exercising the male role as phallic insertor. 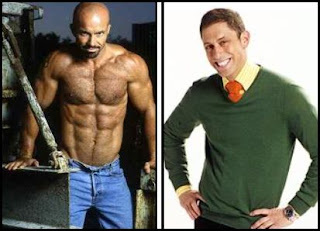 There appears to be no other form of male-male love like this prior to its beginnings in the 19th century in the West and its explosive growth in the later half of the 20th century.
This is not an initiatory age-structured practice, is not limited to all-male institutions, and does not create a dichotomous hierarchy of honorable masculine tops and shamed effeminate bottoms. As something new, it represented an opportunity for re-imagining male-male love.