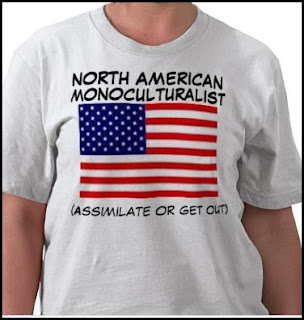 Some of my friends think that I am paranoid and/or (gasp!) racist because I sense direct threats to the United States from the Muslim Jihad and the Hispanic Reconquista.

This week, a Pakistani immigrant who became an American citizen, then trained with a Taliban force, came back "home" and tried to blow up Times Square.

This week, I watched a Latina high school student in Morgan Hill, California, USA, assert that it was disrespectful to Mexicans for American students at the school to wear American flag t-shirts on Cinco de Mayo. And the school administration backed her up.