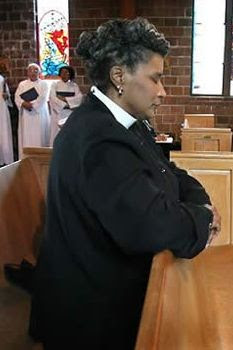 An interesting article tries to explain the disappearing Protestant Establishment in America. The common religious values that issued from the various Protestant churches over most of American history have now been replaced by a set of cultural values that owe their origins not to faith but to politics.

The Baptist, Methodist, Presbyterian, Episcopalian, Lutheran, Congregationalist traditions have now largely shrunk in size to a tiny minority of Americans and whatever theological issues once separated them --and gave them their identity and vitality--have now become antique even, or especially, to them. What they care about are social issues, leftist and liberal and predictably "prophetic" aka anti-American, and that is all there is to them. They would all happily embrace each of the seven pillars of liberalism. Theology is treated with some embarassment, since it tends to take positions that exclude alternatives. Although their "social justice" stances are equally exclusionary, they are so convinced of their inherent rightness that they do not care. Nor, really, does anyone not already in the club.

The case of Ann Holmes Redding (pixed above), a black Episcopal woman priest who declared in 2007 that she had also become a Muslim, is instructive. Her local bishop at first declared himself excited at the interfaith possibilities. Yes. Her bishop of license met with her and although she found Redding bright and full of integrity, gave her a year to think about it, after that year, and some, she gave her til the end of March 2009 to change or be deposed from the ministry. Not, notice, ejected from the Episcopal church.

Although many observers were nonplussed, the gulf between Islam and Christianity being obvious to others not so afflicted with brightness and integrity as Redding, many Episcopalians applauded the careful, pastoral approach.

To no one's surprise, Redding continued to hold that becoming a Muslim made her a better Christian.

I have not met this woman, with her PhD in New Testament studies (which gives her a job at the Jesuit Seattle U's school of ministry...). Her bishop may find her bright and full of integrity, but I think she is a self-deluded idiot.

Can you be a Christian...an actual Christian holding to the Triune God and the full divine-human incarnation of Christ...and be a Muslim...thereby explicitly rejecting both in favor of the unitarian Allah and Muhammad, not Jesus, as the perfect man and the ultimate prophet of the Koran, the Word made text?

Well, here's an experiment for Redding. Get one of your Muslim sisters to stand up in the mosque and announce that she had been baptized and that she believes that becoming a Christian makes her a better Muslim.

Muslims, lacking pastoral sensitivity, have a word for that. It's called apostasy.

The open, diverse, inclusive and sensitive pastors of the disappearing Prot Mainline may not understand that, but unless you're a bright and integrity-filled idiot, it's clear. And if the content of your religion has become so fuzzy that you cannot bring yourself to say, "Look, lady...", then why should anyone go to your for political advice, an area, as the current President says, above your pay grade?

As I have noted, I no longer practice the Catholicism of my earlier life. My interest in the question has to do with the health of the West and its institutions. These folks are symptoms and pathogens at once.