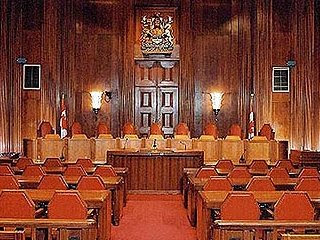 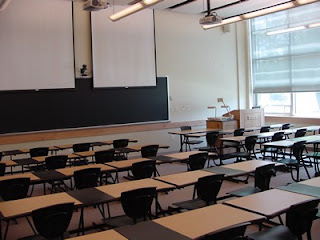 Ruminations on Iran and Britain:

Western liberals reduce all environments either to a courtroom or a classroom.

POSTSCRIPT ON EASTER MONDAY RE IRAN AND BRITAIN: I keep replaying in myhead the images of those British sailors. This is deeply saddening. The Iranians --no fools-- performed a sartorial and merchandizing castration on these soldiers and on formerly Great Britain. 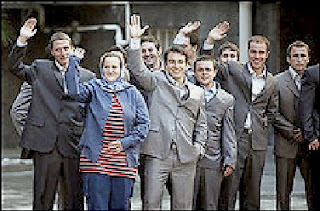 If they had stripped them naked and paraded them in chains on TV, it would have been less humiliating. At least there, the acknowledgement would have floated in the background that these are dangerous enemies who must be powerfully humbled.

Instead, their uniforms were taken away and they were paraded as badly dressed European civilians, who then were given trivial Easter gifts, for which they had to express appreciation. The one woman, was, of course, scarfed, a sign of their group Dhimmification. They ceased to be soldiers and became victims of a kidnapping. The Iranians sent them home magnanimously, to world acclaim --two English bishops just praised the Islamic mercy of the regime in so doing.

But the British lion's mane was shaved right off without resistance, in view of the world, and the British bulldog was nowhere in sight. Lives were indeed saved...but something more precious was lost...dignity.
at 1:34 PM